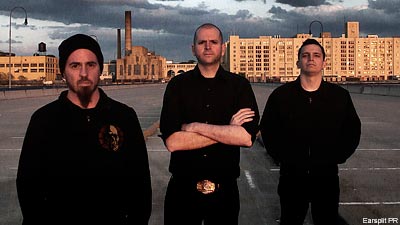 In the past, Brooklyn, N.Y. post-metal doom band A Storm of Light have been content working with a rotating lineup of drummers including Vinny Signoreli (Unsane, Swans), Jason Roeder (Neurosis) and Pete Angevine (Satanized). However, with a wave of new projects washing their way, the group has decided to find a full-time drummer.

"We've decided that a central three-piece will make us sonically and rhythmically stronger," said the band in a statement. "That said, we have decided to look for a permanent drummer, one that can make A Storm of Light their primary focus, and be part of the band for the long haul."

The ideal candidate will live in New York City. "While we are willing to consider people outside of the area (New Jersey, Philadelphia, [upstate New York], Providence, Boston, D.C., etc.), please keep in mind that we are constantly writing, recording, practicing, touring, so you will have to [be in] Brooklyn very regularly."

A Storm of Light plan to record in early fall and have a European tour scheduled from Sept. 28 to Nov. 1.

"Preferably, we are looking for people with previous recording and touring experience, and who can tour regularly both nationally and internationally," said the band. Interested drummers should email storm@astormoflight.com with links of them practicing and performing on stage.

A Storm of Light's last album, 'Forgive Us Our Trespasses' came out in October 2009.

Download A Storm of Light Songs
Filed Under: A Storm of LIght, AStormOfLight, Neurosis, satanized, swans, Unsane
Categories: News
Comments
Leave A Comment
Back To Top