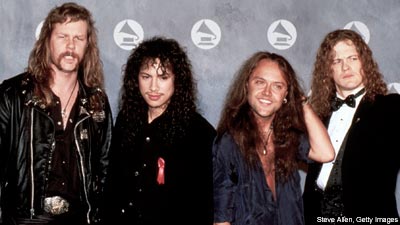 It's not every day you see K.K. Downing and Kerry King sitting in the same room as Alicia Keys and Lady Gaga. But Jan. 31, the 52nd annual Grammy Awards will bring out some of the biggest legends in hard rock and heavy metal, including nominees AC/DC, Alice in Chains, Slayer and Judas Priest.

Heavy metal has arguably been around since the late '60s, but it wasn't until 1989 that the Grammy committee finally took notice. That year, Alice Cooper and Lita Ford were called to the stage to announce the winner of the first Best Hard Rock/Metal Performance Vocal or Instrumental. But that's when things got a little sticky. Metallica were the overwhelming favorites to win the award for their landmark album, '... And Justice for All.' When Cooper announced, "And the winner is, 'Crest of a Knave' by Jethro Tull," you could practically feel the metal community collectively gasp in frustration.

After all the press and public backlash, the people in power decided to separate the awards. In 1990, the Grammy committee premiered their Best Hard Rock Performance and Best Metal Performance categories and tried to leave the Jethro Tull fiasco behind them. 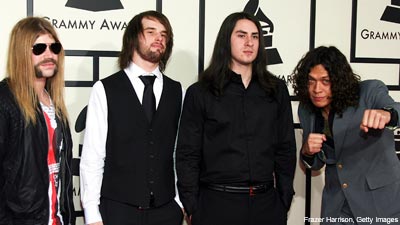 Since the two categories were introduced, the Grammy voters have championed everyone from veteran acts (Iron Maiden, Motörhead), to newer, up-and-coming artists (As I Lay Dying, DragonForce). As of last year's ceremonies, Metallica have been the runaway winners of the Best Metal Performance award, with six victories out of eight nominations. On the flipside, Megadeth have gotten the nod seven times but have yet to bring any gold statues home.

The unlucky ones in the Best Hard Rock Performance category have been Alice in Chains. Like Mustaine and company, the Seattle heavyweights are 0-7. Living Colour, Foo Fighters and the Smashing Pumpkins hold a three-way tie for the most Hard Rock wins with two each. 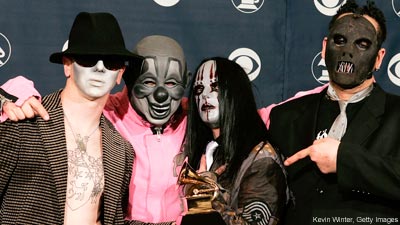 Despite the recent nominations of heavier bands like Slipknot and Mastodon, the Grammy Awards have still been met with criticism. Nine Inch Nails won two separate Best Metal Performance trophies in the '90s, and Soundgarden took one home for 'Spoonman' in 1995, although in the eyes of many detractors, these bands aren't really metal. While a lot of this stuff is debatable, at least everyone can agree on one thing -- Jethro Tull isn't metal.