That's why Noisecreep can compare their forward-thinking take on metal to the likes of Strapping Young Lad and Cynic. Doubters will be silenced on Dec. 4 when Unconscious Disturbance unleash Mind's Corner, their new album.

We've been spinning an advanced copy of the record at the Noisecreep for the past few weeks, and we've partnered with Unconscious Disturbance to bring you their entire thing, two songs at a time, every Tuesday, since Nov. 13.

Today, we're presenting "Musa" and "Void," tracks 5 and 6, respectively. We've also included the band's thoughts on the inspiration behind each song.

"'Musa' talks about how things such as beauty, inspiration and pleasure go hand in hand with disappointment and pain. At this point, our character has a new found awareness of the consequences of his manipulative personality on those around him."

"In 'Void,' our character realizes that the skills he has let himself acquire have turned him into a person he is not content with." 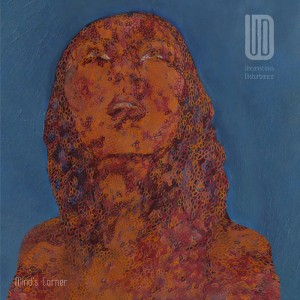 Check back in with Noisecreep every Tuesday as we premiere the rest of Unconscious Disturbance's new album, Mind's Corner, two tracks at a time, leading up to its release on Dec. 4.