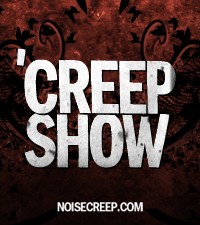 Last week was a somber one at ''Creep Show' central. It started well enough with the booking of one of our favorite metal vocalists, Armored Saint and Anthrax vocalist John Bush, but it spiraled into the abyss on April 15 when we learned that iconoclastic metal frontman Peter Steele of Type O Negative had died from heart failure at age 48.

In an attempt to pay tribute to the morbid contrarian and hulking, but gentle giant, we tracked down Roadrunner Records radio promo head Mark Abramson, who worked with Steele at the label for years, to help provide insight into the man who wrote multifaceted melodic goth metal that derived influence from Black Sabbath, Sisters of Mercy, Pink Floyd and the Beatles -- and somehow became a big hit for a short time at rock radio.

We talked about Steele's physical and mental health before his death, his well-publicized drug abuse and some of the demons that haunted him. But we also discussed his importance as a musician, outlook on life, colorful sense of humor and some of the stunts he pulled during his career, including posing nude for 'Playgirl' magazine and posting on his Web site in 2005 a picture of a gravestone with the words "Peter Steele 1962 – 2005."

Bush joined us over a California phone line for our tribute to Steele and then filled us in on what's been happening with Armored Saint, what the future holds for him and Anthrax and how Burger King helped pay his bills when he wasn't working with either band.