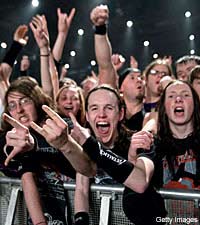 Metal is not immune to trends, and it's had its fair share of horrid ones. Does anyone really want to revisit funk metal anytime soon? That said there are still eras in its history that can and should be kept alive. In the last few years, a new front of bands has brought back the thrash sound that first crept into the scene in the early-to-mid 1980s with bands like Testament, Anthrax and Razor. These days it's not uncommon to be in your local record store and find a new album with an Ed Repka (renowned artist who has done worshiped covers for the likes of Megadeth and Evil Dead) cover and a band photo where every member is wearing a pair of Reebok high tops. Yes folks, it feels like 1987 all over again.

With so many groups sprouting up lately, Noisecreep has compiled a list of newer thrash bands that deserve some attention. We've tried to touch upon a wide spectrum of styles and sounds, and we admittedly couldn't include everything here. We're sure you'll let us know which bands we've missed, but that's another testament (no pun intended) to the scene's rich diversity. So get your denim vests and Vio-lence shirts ready, here's our list of 10 new school thrash metal bands you should check out! 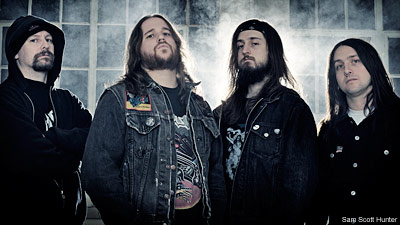 Municipal Waste
Unquestionably the most popular and best band of the thrash renaissance, Municipal Waste has helped influence many of the acts on this list. The Richmond, Va.-based group takes the lighthearted spin bands like Tankard and Wehrmacht favored in the 1980s and mix it with the crossover punch of greats like D.R.I. and Excel, coming up with an intoxicating blend of speed and infectious songwriting. Albums like 'Hazardous Mutation' and the upcoming 'Massive Aggressive' pack one monster riff after the other, but it's the live show where they earn their bulletproof reputation. Going to see Municipal Waste live is an event. One second you'll see someone boogie-boarding over the crowd, and the next moment you turn around and see vocalist Tony Foresta busting out a beer bong in the middle of a song. In a metal scene where too many bands take themselves way too seriously, MW prove that it's OK to have some fun while you sing about the ills of the world. 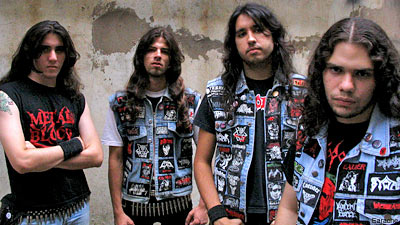 Violator
Like Sepultura, Dorsal Atlantica and RDP, Brazil's Violator proves that their country's dire econo-political situation can inspire some truly vital songwriting. The group's technical take on thrash is heavy on guitars and lean on melody. On 2006's 'Chemical Assault,' the quartet proved that they were one the underground's brightest hopes – even though the record flew under the radar. Now signed to Earache Records in Europe, Violator finally has the muscle behind them to get their musical output the press and public attention it deserves. Keep your eyes out for these dudes! 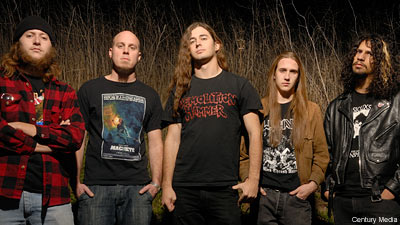 Warbringer
If you took the average 30-something-year-old that loved thrash back in its golden days and played them Warbringer, they probably wouldn't know it was a newer band. That's how much these California maniacs stay true to the style. John Kevill's bark is quintessential thrash, bringing to mind the work of Steve Souza (Exodus) while their twin-guitar assault fuses a deadly balance of grit and melody. Their recent album 'Waking Into Nightmares' has been garnering critical raves, and the band has been working the tour circuit hard. So don't be surprised if you start hearing more about this band in the coming months. 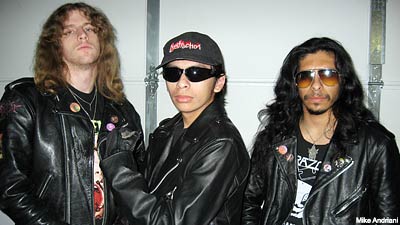 Merciless Death
Merciless Death's purist handling of the genre is gimmick-free and has made the power trio one of the leaders of the new scene. The band's tireless work ethic has not only shown their unflinching commitment to – and love for – the sound, it's also helped the scene grow up and down the west coast here in the U.S. However, Merciless Death plays a faster, more straight-forward style that owes a greater debt to European bands of the 1980s than a lot of the other bands on this list. 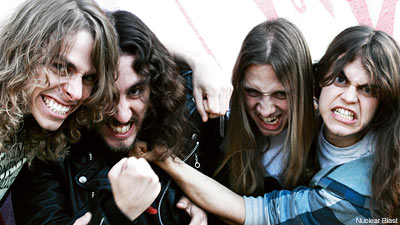 Mantic Ritual
If you long for 'Kill Em' All'-era Metallica, this is a band that should already be in your iTunes library. This Pittsburgh act loves their thrash packed with instantly-memorable guitar riffs and catchy vocal lines. And that's evident on the newly-released 'Executioner.' Vocalist/guitarist Dan Wetmore's vocals carry the authority of vintage James Hetfield, and songs like "One by One" and "Panic" have all of the stylistic traits that made bands like Exciter, Overkill and Deathrow (Germany) so great way back when. 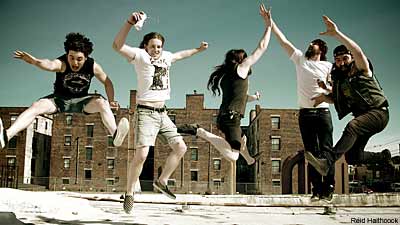 Ramming Speed
Although this Boston unit isn't anywhere near a household name in the metal world yet, that doesn't mean they don't deserve to be. Already making noise in the DIY hardcore and punk scenes, Ramming Speed's songwriting reveals a love for groups like Nuclear Assault and early Anthrax. If you're looking for complicated arrangements and techy guitars, Ramming Speed is not for you. But if you want to check out some no-frills, to-the-point thrash, this might be your favorite new band. 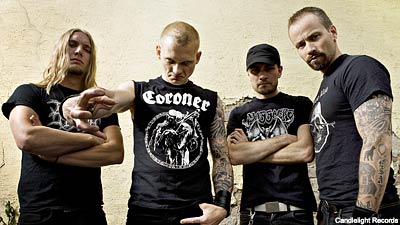 Blood Tsunami
Featuring members of the Norwegian death and black metal scene, including Faust (Emperor, Aborym) on drums, Blood Tsunami are so dedicated to the sound that they even named their debut album 'Thrash Metal.' Their material has many writers comparing them to the bands of the German 'Teutonic Thrash' movement that included legends like Destruction and Sodom. That means Blood Tsunami play a tightly-wound, dissonant and sped-up style of thrash that doesn't include many of the hardcore and punk flavorings American bands colored their songwriting with. 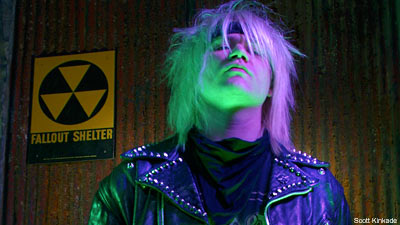 Toxic Holocaust
Originally a solo project by an Oregon musician who calls himself Joel Grind, Toxic Holocaust has evolved into a full time band. Signed to Relapse Records, TH have become of the busiest and most popular acts on this list. Like Ramming Speed, Grind showcases his love for punk by threading it into his songwriting. Even on thrashers like 'Nuke the Cross' and 'Send Them to Hell,' you can clearly hear the influence of Discharge and Broken Bones throughout.

Skeletonwitch
With a name like Skeletonwitch, you pretty much know coming in not to expect another happy-go-lucky pop punk band. These Ohioans released one of the current thrash scene's strongest full-length efforts in 2007's 'Beyond the Permafrost.' Besides their menacing guitars and pummeling rhythm section work, it's Chance Garnette's vocals that help set the band apart from the crowd. His guttural growl shows obvious death metal influence, but when it's crossed with Skeletonwitch's thrashier playing style, it makes for some chilling moments. Look for a new album from the band in stores shortly. 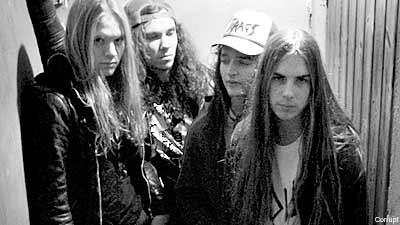 Corrupt (from Sweden)
This Swedish act is the most obscure listed here, but it's not for a lack of essential material. Old Kreator and Sepultura have helped inform their music, but shades of death metal also sneak their way in. In Olof Wikstrand, Corrupt have one of most gifted riff generals in thrash today. The guy has obviously done his homework, because every guitar part oozes with personality – and there isn't one moment of filler in any of their songs. Time will tell if these Swedes can raise their profile, but in the meantime anyone reading this should go seek out the band's work.