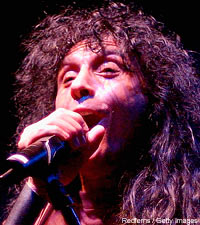 Formed in Queens, NY in 1981, Anthrax have been one of the most influential metal bands in history. They have often been referred to as one of the "Four Horsemen of Metal" along with Metallica, Slayer and Megadeth. Like the other aforementioned bands, Anthrax have also had their share of line-up issues throughout their long career. It was recently announced that their latest vocalist, Dan Nelson, was out of the group and John Bush, one of their ex-members, would temporarily be filling in for an upcoming European tour.

Fans that have been following the band for years were not surprised by the news but Anthrax still made an official statement where they vowed to continue with plans to release a new album in the coming months. All of this member shuffling around made us think and we decided to put together a couple of lists for people who might not be that familiar with the band and their rich history.

Noisecreep has compiled a list of 10 essential songs from the Joey Belladonna era (1985-1992) of Anthrax with a John Bush one coming in a few days. We know metalheads are an opinionated lot, so let us know which ones you think we missed.

After a debut album with a singer named Neil Turbin, Anthrax regrouped with a new vocalist (Belladonna) and bassist (Frank Bello) and then entered the studio to record an EP called 'Armed and Dangerous.' Their first album, 'Fistful of Metal,' was well received throughout the underground and they knew their new frontman would be under tremendous scrutiny so the pressure level was high. Anthrax couldn't have chosen a better way to introduce Belladonna than with the title track to the EP.

During the subdued, acoustic guitar lead intro, Belladonna shows melodic flair with the type of Rob Halford flavored chops that would soon make him a hero to singers worldwide. The rest of the song finds him showing off his boundless range but always in a tasteful way. Belladonna's background might not have been steeped in metal like the other guys in the band but tracks like this proved his command over whatever material was thrown his way.

This early stand out from the mid-80s combines the primal bounce of early New York Hardcore and combines it with the forward-thinking melodic nuances found in the European metal of the time. The lyrics deal with the universal and timeless theme of teenage rebellion and everything from its sing-along worthy bridge to its arena-sized chorus drives the message home. If you were lucky enough to see Anthrax during their original Belladonna run you'll remember how absolutely life affirming this song came off in the live setting.

For a lot of metal fans, the video for this track was their introduction to the band and their unique brand of thrash. The primary guitar riff is one of Scott Ian's best and to this day, if you play it over any metal venue's loudspeaker system, you can expect a sea of devil horns to appear in the crowd.

While European bands of the time sung about dragons and wizards, Anthrax went all mythological on us with this early gem. Scott Ian's mathematically precise rhythm guitar sets the tone but it's Belladonna's soaring vocal performance that steers the ship here. The irresistible part of the song where he wails, "She's staring at you with her eyes," never ceases to amaze while his restraint in the verse sections sets the tone for the explosive chorus. In terms of the mid-tempo side of the band, you would have a hard time finding a better moment than "Medusa."

After the success of the 'Spreading the Disease' album, the metal community was waiting with baited breath to see what Anthrax would come up with next. Lesser bands would have collapsed in the face of pressure but the quintet rose to the challenge and came up with a batch of unforgettable tunes. 'Among the Living' contains some of the most beloved songs in Anthrax's hall of fame worthy discography. The title track finds Belladonna working in a frenzied state with a cyclonic verse followed by a chorus that would bust any circle pit wide open.

In a career with many of them, "I Am the Law" remains one of Anthrax's finest anthems. Based on the title antihero of the cult UK comic series 'Judge Dredd,' the subject matter could have made the song come off cartoonish. But when Belladonna sings, "truth and justice is what he's fighting for/Judge Dredd the man, he is the law," he does it with a brutal conviction that helps transform the cut into something completely different. With a singer this potent in the vocal booth, Anthrax could have written a song about gardening and it would have probably still been a winner.

If Anthrax don't include this song in their set lists, a full blown riot will ensue.

The lone cello part that kicks off "Be All, End All" sounds as ominous today as it did when we first heard it over two decades ago. Although 'State of Euphoria" proved to be a largely unfocused affair, the album still has its moments. In the thrash department, no song topped this stunner. The doubters should check out live performances of "Be All, End All" from Anthrax's 2005 reunion shows to see what we're talking about.

In terms of both its production and musical direction, 'Persistence of Time' is without question the darkest album in Anthrax's career. The combo of Charlie Benante (drums) and Bello lock in one complex rhythm after the other while Ian lays down an endless array of dense and outright mean sounding riffs. Belladonna's soulful vocals offer up a refreshing contrast to the music's thrash attack. On "Time," the first track on 'Persistence of Time,' the singer sets the tone with a fiery balance of brute force and melodic crooning.

Like a lot of the other subgenres that we cover here at Noisecreep, the first wave of thrash originally died out because there were simply too many bands popping up and getting record deals that had no business doing so. A lot of these groups knew what settings to dial their guitar pedals to and what kind of clothes to wear to sound and look the part but they lacked the songwriting smarts to keep the style moving forward. Anthrax's songwriting only got better with each release and "In My World" is a shining example of that. Unlike many of their peers at the time, Ian and lead guitarist Dan Spitz didn't try to cram 50 riffs into the song instead letting a few parts build and release tension. Belladonna is the consummate frontman on "In My World," carrying the vocal lines with relaxed ease but when needed, reckless abandon.

Other essential tracks: 'Who Cares Wins,' 'Lone Justice,' 'Blood,' 'Indians,' 'Belly of the Beast' and 'The Enemy'