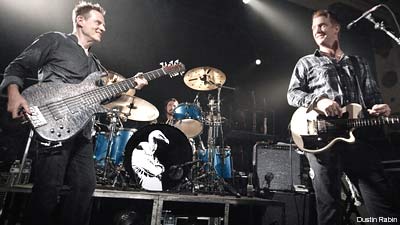 Having already played their first show on U.S. soil this past month in Chicago, the band has also just finished a string of surprise dates throughout Europe and the U.K. The reviews have been nothing short of astounding. Tickets for the North American dates go on sale Sept. 5, while the still-untitled album seems to hint at an October release.