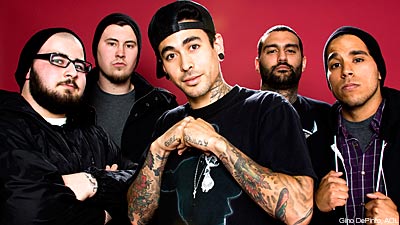 Thick as Blood braved the mean streets -- and the rain -- of New York City to walk from the Gramercy Theater to the Noisecreep offices for this edition of the ''Creep Show.' These Florida hellraisers have scaled down from a seven-piece (like the Wu-Tang Clan of hardcore) with three vocalists to a much leaner five-piece, and everyone showed up for this intimate, fireside chat.

The band, which traffics in tougher-than-leather mosh metal, is currently on tour with Earth Crisis, and they were happy to discuss singer Gino's gold-tooth grill and their nascent days of touring in his Jeep Cherokee. Things haven't improved 100 percent now that they tour in a van, though, since they blew out a tire and a rim recently. It's all in a day's work for Thick as Blood, who also discussed having straight edge members in their ranks, the current state of the drug-free scene, New Found Glory tattoos and interior design.


The band's current album, 'Embrace,' is out via Euology now. It has as much mosh factor as the entire Hatebreed catalog and oozes plasma, like their name. 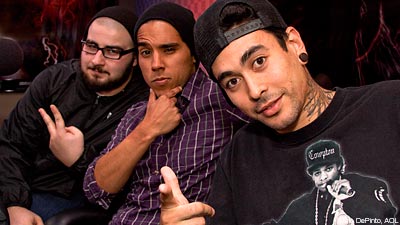