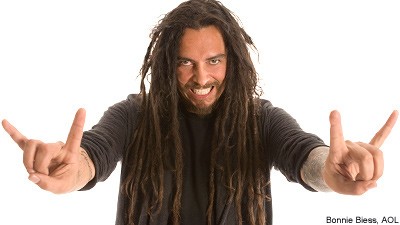 For more than 17 years, James 'Munky' Shaffer has been creating bowel-shaking guitar riffs with Korn, the band he co-founded in Bakersfield, Calif. with vocalist Jonathan Davis, ex-guitarist Brian 'Head' Welch, bassist Reginald 'Fieldy' Arvizu and ex-drummer David Silveria. In that time, Munky has developed a trademark sound that has pretty much defined nu-metal. Using seven and eight-string guitars tuned down so they roar at a much lower frequency than most bands, Munky plays lunging, serrated rhythms combined with waves of galactic and otherworldly sound effects.

While his playing and songwriting have been instrumental and instantly identifiable, the guitarist has been happy to let Davis be the main spokesman for the band and when Munky did interviews he was often soft-spoken and somewhat vague. And that's why we asked him to do a one-on-one interview with us to talk about Korn's upcoming album 'Korn III: Remember Who You Are.' With no one to hide behind, Shaffer opened up and revealed himself to be a thoughtful and expressive artist in his own right. 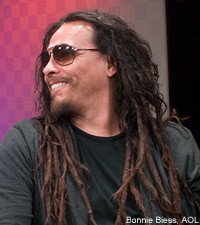 Anyone who knows anything about Korn realizes that the disc is not their third album; It's actually their ninth. They chose the prefix 'Korn III' because they wanted to get back to the raw aggression and urgency they had on their first two albums 1994's 'Korn" and 1996's 'Life is Peachy.' To help them remember who they were back then, they reached out to producer Ross Robinson, who worked with them on those records, and in the process learned the kind of intimate details about themselves that usually only come out in therapy sessions.

During our interview, Munky talked about how Robinson mentally tortured them in the studio to bring out their most passionate performances and how the mind games simultaneously helped them flash to where they were in the '90s and gave them a new, previously untapped potency and creativity. The guitarist also revealed that writing and playing songs like 'Oildale (Leave Me Alone),' 'The Past' and 'Let the Guilt Go' helped him cope with the deaths of both his parents and gave him new perspective on his own life.

In addition to talking about such philosophical stuff, Munky discussed how the band created 'Korn III: Remember Who You Are,' how new drummer Ray Luzier (ex-Army of Anyone) gives their songs new dimension, the experimental techniques that help make the record sound so revolutionary and the video for 'Oildale (Leave Me Alone)' and the status of his star-studded side project Fear and the Nervous System. 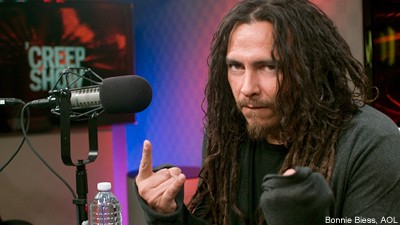