Since 2004, Los Angeles-based The Ghost Inside has been climbing the hard music ranks and with last year's You Get What You Give, they finally broke big. Produced by A Day to Remember vocalist Jeremy McKinnon, the album debuted at #88 on the Billboard top 200. Not a shabby feat for a band dishing out mean, in-your-face metallic hardcore.

The Ghost Inside are currently preparing for a trip to China and beyond, and Noisecreep had the pleasure of speaking with vocalist Jonathan Vigil about the upcoming exotic trip, among other things.

You're heading off to China for the first time. You guys must be excited!

Very! We've been around many parts of the world but never there. We're really curious about what that experience will be like.

Do you find that any of your lyrical message is lost in translation in other countries where English isn't the native language?

Doesn't seem to be. But there are weird things sometimes. The shows are pretty much the same we put on around the world, but there are subtle difference. Like in Japan when we played there. We'd start the set, the place would go crazy - then after a song - dead silence - nobody talking or anything. And over and over like that as each song ended. It's like a respect thing. They want to give you a moment of silence before you continue. set went crazy as soon dead silent nobody talking - respect thing in America or Europe you berthing

How do think the hardcore scene has changed since you first started out?

It's evolved in a very cool way. Growing up, hardcore music's sense of community drew me in. And it was a really underground thing. Today, though, it's grown. There is still some underground stuff, underground club shows and things, but it is also more accepted which makes it better for a lot of bands. Just looked at Warped and other big tours. Think of how much easier it is today for kids to see bands they've heard or read about. When I first got into hardcore, it was a tough thing to find or hear anyplace. Now, for all of us, it's easier to get to. I like how the community is growing.

Who were the punk/hardcore bands that first got you involved?

I was into Green Day and Offspring - that kind of stuff. But that got me into Rancid which got me to NOFX which got me Bad Religion and from there, to harder bands like Minor Threat and Black Flag. The really heavy, amazing stuff. I'm still a fan of all that stuff. But it makes me feel really good that we have intense fans, too, that relate to us because our songs let them know we understand them. Our relationship with our fans is for, the coolest thing about what we do.

When do you start to get the sense that your band is really succeeding?

Well last night we played a place in New York, the Grammercy, and it was sold out. One of our first tours ever we played to like 150 kids there. And now it's sold out. That said something to us. When you return to places you played early on, and see how things have built up, that's really a good sign. 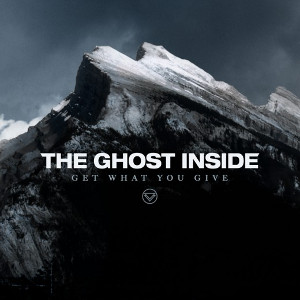 The Ghost Inside's latest album, Get What You Give, is out now via Epitaph Records and available on iTunes.

Anaheim, CA (w/ Stick to Your Guns, Stray From the Path and Rotting Out)

Anaheim, CA (w/ Stick to Your Guns, Stray From the Path and Rotting Out)