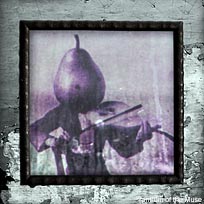 Always a band that just seemed to fall through the cracks of the late '90s and early moments of the decade after, Tantrum of the Muse have now digitally rereleased their out-of-print album 'The heart is a Two headed Sperm' via The War on Records, a label that singer/guitarist Stephen Sarro runs with another former member of the band.

"This album got lost in translation. I noticed some torrent sites posting the album, but only partial, with missing tracks. I thought, 'Hmm, this album could use an overhaul, a rebirth, a new cover and a safe place where it will exist again for a while,'" Sarro told Noisecreep.

Though the band's career only spawned two full-lengths, both founding members Sarro and drummer Rick Wise look back on the first recording as something unique and innocent; a calm before the storm of the music business came in. "'Heart' was the epitome of pure," Wise remembers. "We were two guys who had no idea what we were doing. We were fresh out of high school and full of energy and naiveté. The whole point of 'Heart' was that it was never supposed to be a live band or an actual band in any sense, really."

Both met while attending a local Pennsylvania Christian school were they formed Tantrum of the Muse as an art project only for the studio; by treating the band this way, there wasn't a concern to make sure any one style of music was given focus. This gave the album its trademark textures -- that resonated as a happy nightmare -- giving the TOTM a reputation of a three-piece sludge version of Mr. Bungle.

"If memory serves, we wrote the whole thing together in a short two or three months," says Sarro. "I recall just writing lyrics down all day, all night, and writing riffs on acoustic guitar. Then we would jam out the riffs in Rick's basement, with him writing drums. It was so easy then. Everything was inspired and came pouring from us."

Much of the inspiration lyrically focused on the result of life in that religious school. Wise described the feeling as being exiled. "This record was intended to be a way of trying to deal with the woundedness and to talk about things that we saw and experienced in the church that we felt were not good." It was themes like this that put a harness of 'too Christian' for the secular scene around the band, but the their not so family friendly approach gave them the tag of 'too secular' for the Christian scene. The album became purgatory.

Sarro discovered the limbo when he shopped the album to mainstay Christian label Tooth and Nail Records. "They offered a deal to us, providing we change the name of the album, the song titles, some of the lyrics, and finally, re-record the album," says Sarro. "At the time we were so proud of how unusual it sounded that we were very protective, and passed over the label offer. We were either smart or stupid. I am not sure which."

The band always seem to be the black sheep with no home, but one unlikely supporter came from noise-metaller Steve Austin of Today is the Day, who ended up creating a strong friendship with the band. Sarro and Austin kept in touch through phone calls. "We talked about music, and he told us crazy stories about touring, and we even talked about God a little bit, and our views, then, of what it meant to believe in a God. We understood the 'other heavy music' of the scene at that time, and we were both aiming at being remembered for bending the rules of heavy music. Austin and I saw that creativity in each others bands, and we were just huge fans, so it made sense to try and pull off a split."

That split never happened due to reservations from Tantrum of the Muse's then-label home over the blasphemous material Today is the Day has always been known for. "I recall thinking it was harkening back to the days when Ozzy and Stryper would play together. I joked at the time calling it 'The Heaven and Hell EP', which thankfully never happened."

Filed Under: Ozzy Osbourne, OzzyOsbourne, stryper, tantrum of the muse, today is the day, TodayIsTheDay
Categories: Interviews
Comments
Leave A Comment
Back To Top