Sully Erna, best known as vocalist and songwriter for the multiplatinum rock band Godsmack, recently announced that he'll be performing six solo shows as part of a Northeast tour.

The concerts will cover most of Erna's career including songs he plays with Godsmack to his 2010 debut solo album, Avalon. As fans of the singer's solo career already know, the music is a stark contrast from the hard rocking style of Godsmack. Rather, Erna's solo career has been a chance for him to explore other kinds of music including world fusion and more acoustic-based explorations.

Sully also recently released a limited edition Avalon box set that contains five DVDs, two CDs and there are also deluxe versions that include things like a book and autographed poster.

Noisecreep spoke with the thoughtful rocker about why this project is so important for him and what it might mean to the future of Godsmack.

Sully, this project, this album and tour is really radically different from what you do with Godsmack. First of all tell us what inspired you to explore this direction.

The basic answer is just that artistically I really feel the need to go other places. Artists need to keep exploring and this is something that's been in my head for a long time. As much as I love all the hard rock stuff, world music has also been extremely influential on me and this was my chance to put my own spin on it and take it down my own private rabbit hole. It was also a chance to work with a new bunch of guys, an incredibly talented group of musicians and the beauty of it was that on the album at least, we didn't really know where we were going and when got there, we were all blown away. And I think the shows will have that same kind of energy.

How much will a project like this affect your relationship with Godsmack?

I'm actually thinking that it will make things better. You see, I'm learning so many things right now with the solo project that when it's time to go back to Godsmack I think I'll have a lot of fresh ideas and new approaches about how to tackle the kind of music that the band makes. This is a very important thing for me. I knew i had to get this music out of me and I really felt it when I would sit there creating music at the piano with my daughter watching and listening. I love creating acoustic music like that. As far as Godsmack goes, I love the band and I love the guys, but you know we've been there and done that many times. You can't keep eating chocolate all the time. Eventually you need some vanilla. But like I said, a solo project like this helps me stretch, it's definitely my alternate personality, and I think it will help make Godsmack stronger in the long run.

You grew up in a musical household. Did you know early on that this is what you would end up doing?

Well yeah, my dad is a musician and still has a band. He plays all of the Italian feasts in Boston. My great uncle was a famous composer over in Sicily. So music was definitely part of my household. I knew at an early age that this was what I wanted to do, but the problem was I wasn't quite sure what kind of musician I wanted to be. It frustrated me that I couldn't hone in on one specific thing, but then there was that one thing that just absolutely changed my life. A moment.

The turning point was this: I was sitting in my bedroom and I just bought the album Aerosmith Live Bootleg. I open it up and I see this amazing picture of Joe Perry on the inside cover. There he is on stage in a stadium full of people and I thought to myself, 'OK, that's what I want to do – I want to be that guy right there – that guy is the coolest rock star in the world and that's exactly what I want to be.'

When I saw that picture, even before I heard the record, it made me zero in on just what kind of musician I wanted to be. And then I remember that one of the first concerts I ever saw was the Joe Perry Project. He'd split up from Aerosmith and was playing at the Lowell Auditorium which was a very small venue. What a night. I drank way too much beer threw up on myself but it was still absolutely unforgettable. Joe Perry rocked it that night. 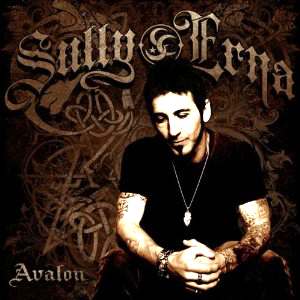 Pick up tickets for the solo shows and the new Avalon box set at this link.