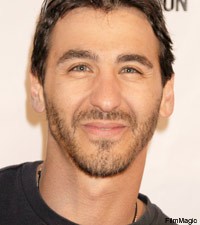 Godsmack's Sully Erna will have to pay millions as a result of a 2007 car crash. Erna was involved in the crash on April 11, 2007. The victim, 27 year old Lindsay Taylor and her parents, Elaine and Jeffrey, sued Erna as a result of the crash.

Court documents say Erna's Hummer slammed into a Toyota Camry driven by Eric Sargent. Taylor was riding in the back seat, and she suffered severe brain damage as a result of the crash. However, Erna was not hurt in the crash.

The rock singer blamed the crash on Sargent. Erna says Sargent rear-ended a Honda, setting off a chain reaction of events.

The settlement hasn't been approved by a judge. Right now, the petition calls for Erna and his insurers to pay an immediate cash settlement of $3.3 million. Nearly $2 million of that goes to legal fees. The rest is broken down between various medical expenses and $1 million dollars for Taylor. The settlement also calls for monthly payments to Taylor for decades to come.

Neither Sully Erna or his lawyer have issued a statement regarding the settlement.