At age 12, he started taking guitar lessons from Joe Satriani. At 18, he began his professional musical career transcribing for, and then playing with, the legendary Frank Zappa. The one and only Steve Vai. More than three decades, 15-million in album sales, and three Grammy Awards later, Vai has proven himself, in his own right, as one of the music world's true originals.

Vai recently released a new album, a musical concept called The Story of Light. Largely instrumental, the album also features guest vocalists including singer-songwriter Aimee Mann -- who duets with Vai on "No More Amsterdam," which she also co-wrote -- and Beverly McClellan, a season one finalist on The Voice.

Noisecreep thinks it's a brilliant record, fully-loaded with all of the soaring, tasteful playing that defines Vai's work. As always, it is a privilege for us to speak with one of our absolute favorite musicians.

Steve, first of all congratulations on the new album. We've listened to it several times already and for all the classic and signature Vai touches, it breaks plenty of new ground, too.

I've learned over the years that you're going to be most successful at the things you're most excited to do. Every artist has a special set of tools. When you really use those tools, and you make yourself feel really good about the product you create, I think you'll find an audience for it. I've been very fortunate in that respect.

It's your first true studio record in about seven years.

Right. My last studio record was in 2005 [Real Illusions: Reflections], and I had this idea for a story that I wanted to express over a series of records and then bring them together in a final box set. So it's kind of an ambitious idea and when you go to do something like this, you start hearing little voices, at least I do [laughs] saying, well your fans may not like this and all that, but your excitement actually comes from those little insecurities I think. I'm fortunate as an artist because I can do whatever I want, and my records are very diverse, probably more diverse than common sense would allow [laughs], but I really enjoy that. If the artist is really happy with the product, that's what is most important. I was really happy with this one and it's nice because, the people that stick with you are expecting something that you're happy with. 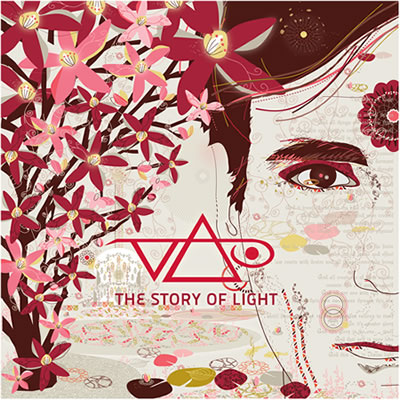 Do you still feel pressure with a new record coming out – someone at your level that gets lauded so often as being one of the best guitarists around?

I think very artist subconsciously wants to evolve themselves. Sometimes they get stuck in ruts because of pop culture, peer pressure, stuff like that. But what excites me most is exploring my own musical insights and expanding upon them. And you really don't have a choice because as you go through life, your perspectives change and that affects your work; your art. So I just go with my instincts. Also, I do smatterings of different things, you know? This new one is a full-blown studio record that has things that a fan might expect from a studio record. But my last two records, one was double live that accompanied a DVD [2009's Where the Wild Things Are] and the one before that [2005's Sound Theories Vol. I & II] was a double live orchestra record. So my fans know that I dabble with a lot of unorthodox things, but eventually there will be sort of a studio mother load like this.

Do you still feel the effects of being Frank Zappa's guitarist? Does his influence still deeply affect you?

More than anyone else. Because Frank was very independent. And I was very young, remember, I started working for him at 18. I started touring with him when I was 20. I was with him for six years so you can imagine your consciousness and how impressionable you are at that age. I was just a sponge. And not really knowing how the music business works, hanging around with Frank, because he was so independent, in the way that he thought, I mean he didn't do things that people expected necessarily. He was independent in the way he protected himself and his work; his intellectual property. The way that he made his music, he just marched to the beat of his own drum. And as a young 'piece of clay,' so to speak, I was able to see how an iconic, world-class independent musician went about structuring his craft. So as I got older I just thought, this is the way you do it. You make music that's interesting and exciting to you, you don't let anyone take advantage of you and you pay people what you owe them. Every day I exercise skills that I learned from Frank.

So beyond just music, he influenced how you live your life.

Oh man, you can't imagine. One of the first things I asked Frank was what advice he'd give a young musician. I was expecting some lofty, philosophical answer. But Frank was always right to the point. He said, 'Keep your publishing.' I was like, 'What's publishing?' And he gave me the phone number to an attorney and he said go see this guy and I bought an hour of this guy's time and it's the best money I ever spent. He set up a publishing company for me and I literally have made a lot of income thanks to that many artists see go right down the drain. I'm fiercely protective of my publishing because of Frank, and if you're a musician, you know it's one of the things in the music business that everyone always tries to get. And there was never a time I allowed that to happen. All due to Frank. He knew the impact of his words and that it impact it could have if you had the ears to really hear it.

Steve, do you recall your first musical influences?

When I was a kid, my parents would be listening to things like West Side Story and that had a big impact on me. It was theater, it had a story to it, there were iconic melodies, the brilliant orchestration and compositions and it was accessible and melodic. I wanted to be a composer before anything else. And my sister was listening to Led Zeppelin in the other room! When I heard that, it was a game-changer. Mt first concert was Led Zeppelin at Madison Square Garden in 1973 and that had a massive impact on me. And so my brain mixed all these things together, starting with musicals and Zeppelin, to get me to where I am today.

Talk about your main tool in the trade.

It's been my guitar for over 20 years. I designed a guitar for Ibanez and then they started manufacturing it – it's called the Jem – it's 26-years-old and I still play it. As a kid I liked Les Pauls and Strats but they had limitations for the kind of playing I wanted to do. Another example of hanging out with Frank. He said, there are these guitars and these guitars, but I can't find what I want, so I'll create my own instrument. So I thought, I can do that so I went to a little shop in Hollywood and they made me the guitar based on my specifications. It was unique at the time. But when I joined David Lee Roth's band, all the guitar manufactures wanted me to play their guitars. But Ibanez made me the guitar I wanted and it' the longest running signature series guitar in history. People say that about the Les Paul. But technically, the Les Paul was not a signature guitar. So yeah, about 20 years ago I chose one called 'Evo' and that's the guitar I use all the time.

Are there any historic guitars you'd love to play?

There are three that I always wanted to play, and I've gotten to play two of them thus far. One of them was Hendrix's Woodstock guitar. When I was on the Hendrix Experience Tour, we called to see if they'd send it out for a show. They did and I got to play it, which was very cool. One layer was, okay, it's a Strat. The other layer was, holy shit, this is the Strat Hendrix played at Woodstock! [laughs]

Another guitar I always wanted to play, the one I was absolutely fascinated by as a kid, was Brian May's from Queen. He had a guitar he built when he was a kid. When I first moved to Los Angeles, while I working for Frank, I met Brian at The Rainbow and he invited me to a Queen rehearsal. He was just so kind. And he let me play that guitar! A real iconic moment for me. But it sounded like me playing, not Brian!

And my third would be to play Jimmy Page's double-neck. That has not happened yet, but I'll keep my fingers crossed [laughs].