Did the concept influence the way the music was written or was it the other way around?

I think it did. It was a band-oriented effort. For example, for Bjorn, he sat in his apartment in Sweden, overlooking the ocean, and he would write music and be inspired. Some of us don't live by the ocean, but that's the direction we knew we were headed.

Watch 'Rise Above the Sentiment' Video


So is guitarist Peter Wichers gone for good? He has been in and out of the band quite a bit, and he was a quite a visible member of the band.

I would say so, but you never know! But he is happier not having to deal with doing tours. Touring is not easy and it's not for everyone and he had a hard time with it. It's not something Soilwork can afford to not do or to merely do at a low level. It's something that we have to do.

Yes, my wife is American so we live here. Bjorn is in the process of relocating to Toronto.

Does that make life really hard when writing, recording and rehearsing?

All I have to say is 'Thank God for the Internet!'

Dirk, do you have any non-music hobbies or skills?

I love animals. I love to spend time with my dog and cat. My wife and I take our dog, a terrier mix who is a rescue, to the dog park and enjoy the downtime with animal presence, which we both like. 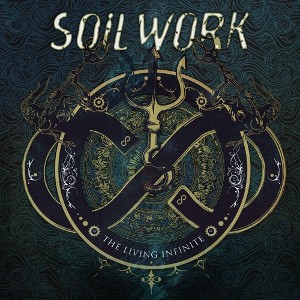 The Living Infinite is out now via Nuclear Blast Records and available at their e-store.