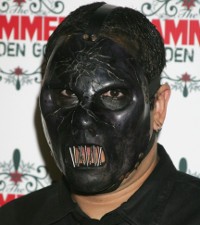 Patients including Gray sought help from Baldi at the Iowa Health System pain clinic. That clinic closed suddenly at the end of June. According to court documents, Dr. Baldi unintentionally caused Gray's death by writing "high-dose prescription narcotics to a known drug addict" starting on December 27, 2005.

Baldi faces four medical malpractice lawsuits, including three wrongful death suits. The three deaths in those lawsuits were among the eight cited in the criminal charges. The Iowa Board of Medicine also filed administrative charges against Baldi last month. Among the administrative charges, the board alleges that the doctor wrote prescriptions for large amounts of narcotics without properly assessing patient need.

Dr. Baldi is fighting the charges. If convicted of all criminal counts, Baldi could face up to 16 years in prison.