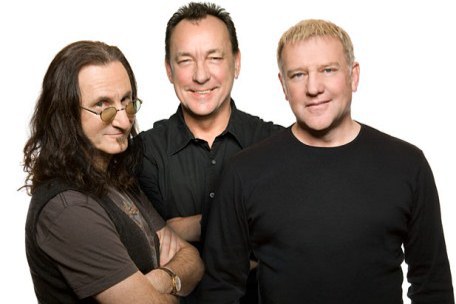 Congrats are in order for Rush. The Canadian progressive rock titans are being inducted into the Rock and Roll Hall of Fame as part of the Class of 2013. The band's classmates include Public Enemy, Randy Newman, Heart, Donna Summer and Albert King, with the latter two artists being inducted posthumously.

"It's a terrific honor and we'll show up smiling," Rush vocalist and bassist Geddy Lee told Rolling Stone about the accolade. "It made my mom happy, so that's worth it."

Besides making Mama Lee a very happy woman, the frontman sees the induction as a true fan victory. "It was a cause they championed," he said. "I'm very relieved for them and we share this honor with them, for sure."

The induction is scheduled for April 18 at the Nokia Theater in the L.A. Live complex in Los Angeles. It's the first time since 1993 that the ceremony will be held on the West Coast; it is usually held in Cleveland. The induction ceremony will be open to the public this year, as it was last year and in 2009.

The ceremony will air on HBO on May 18.

Filed Under: rock and roll hall of fame, RockAndRollHallOfFame, Rush
Categories: News
Comments
Leave A Comment
Back To Top