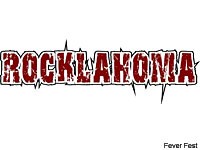 The third annual Rocklahoma festival is slated for July 9-12 in Pryor, Oklahoma. Yeah, you read that right: Oklahoma. Pryor is a sleepy town of a few thousand residents nearly an hour from Tulsa. The desolate locale makes the perfect setting for a long weekend of rock and roll hijinks. During Rocklahoma, the population of Pryor increases by at least ten thousand people.

During the 2009 event, Rocklahoma fans will see more than 60 bands on four stages in as many days. "The side stage bands have a great variety. Everything from melodic rock and glam to classic thrash bands, so it's a nice mix of 80s rock and 80s metal and some up and comers, too," says Sam McCaslin, of Catch the Fever Music Festivals. "I think we've got some great nationals like Icon and Baton Rouge. They've reunited after 17 years of being out of action. It's a great quality mix of bands from now and 'back then' and there's going to be a lot of cool choices for people," McCaslin adds.

Promoters started Rocklahoma in 2007 with the goal of creating the largest glam metal festival in the United States. With just a few months of promotion, Rocklahoma became a big success, drawing fans from all corners of the world. In the years since that inaugural event, Rocklahoma organizers have both expanded the event and scope. One of the biggest changes is the addition of a metal day. The festival kicks-off with Anthrax, Saxon, Overkill, Metal Church and Leatherwolf.