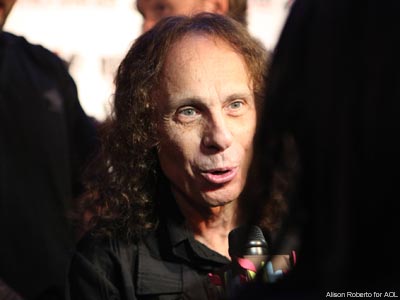 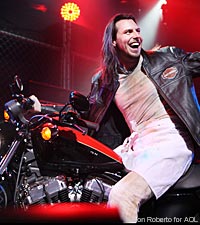 Grab some popcorn and your fellow metalhead friends, or set your DVRs if you already have plans, for 10 PM ET tomorrow night, May 22, as the Second Annual Revolver Golden Gods Awards, which occurred on April 8, will be broadcast on VH1 Classic.

The show took place at the Club Nokia in downtown Los Angeles, right by the Staples Center. Highlights from the night will be shown, including what would turn out to be the late Dio's last public appearance, a 'you had to f---ing be there' live collaboration featuring Slash, Lemmy Kilmister and Dave Grohl, who performed Motörhead's 'Ace of Spades,' as well as performances by the likes of Rob Zombie (who closed out the show with Slipknot's Joey Jordison on drums); Zakk Wylde, Fear Factory, As I Lay Dying and Brian Posehn.

If you weren't there, then this is the next best thing to being there! It was wild night of heavy metal debauchery and good times and here is your chance to get in on the fun. Who needs the Oscars or the Emmys when you've got the Golden Gods!

Winners and presenters featured in the second annual Revolver Golden Gods Awards include the following:

-- Album of the Year Award: Alice In Chains (presented by Eddie Trunk, Jim Florentine and Don Jamieson of VH1 Classic's 'That Metal Show') 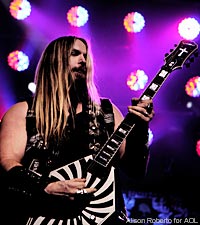 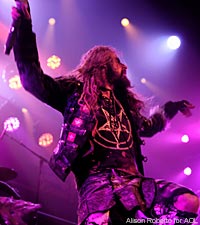