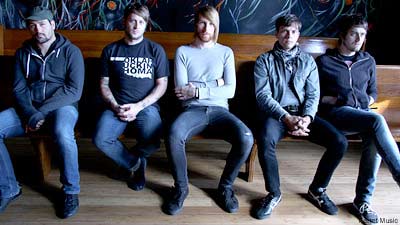 Most critics and metal fans agree that many of today's metalcore bands were undoubtedly influenced by a handful of albums that reared their heads in the late '90s and early '00s. They are as follows: Converge's 'Petitioning the Empty Sky'; Dillinger Escape Plan's 'Calculating Infinity'; Shai Hulud's 'Hearts Once Nourished With Hope and Compassion'; Cave In's 'Until Your Heart Stops'; and Poison the Well's 'The Opposite of December ... a Season of Separation.'

For Poison the Well guitarist Ryan Primack, the accolade is an honor and a blessing. "For me to even have ever been part of a record that is considered memorable in any way is humbling," Primack told Noisecreep. "The comments and feelings that have been received about that record are quite shocking to me sometimes.

"All the songs, lyrics and sounds on that record came from the most innocent of places. Everything we've ever done is very innocent as far as the creative process, from ['Opposite of December'] to 'The Tropic Rot.' I just realized that we have a totally acceptable record abbreviation. Almost like how you can refer to '... And Justice For All' simply as 'Justice.' That's great." In today's instant, 140-characters-or-less, text/Twitter/abbreviation nation, it's necessary, as well as an honor, to use abbrevs!

Primack continued, "In all reality, 'The Opposite of December,' or 'O.O.D.,' was one the greatest experiences of my life. Every record we've made is something I'm proud of. Despite the impact that one particular record had, when we were recording it and playing the songs before it was recorded, it was going over like a lead balloon for audiences. That's always funny to me." Funny to Primack, yet precious to metalcore fans!

Poison the Well's 'The Tropic Rot' is out now. And the band is touring with Billy Talent through October.