On Oct. 30, Australian metalcore masters Parkway Drive will release their fourth album, a blistering collection called Atlas. Produced by Matt Hyde (Hatebreed, Monster Magnet), the 12-song album will also be available in a Deluxe Edition which features the Home Is for the Heartless DVD, a documentary that follows the band while they tour in exotic locales such as Colombia, China and India.

Formed in 2002, Parkway Drive is one of biggest acts on the hallowed Epitaph Records roster. The group's 2010 Deep Blue album debuted in the #39 slot on the Billboard 200, an impressive feat considering Parkway Drive's uncompromisingly aggressive songwriting style.

Winston, can you believe you are now ten years into this band?

It's pretty weird. I've spent a third of my life in this band. I just turned 30 a couple of days ago. We have a videotape we did in the van – after two years of being together – where we asked each other what would we be doing in five years. Someone said: 'Menial jobs, the band would be done!' And I'm glad we were all wrong.

We're very happy with it. This is straight up, my favorite record, by far, that we have made. As far as the sound goes, I think saying people are in for some surprises is an understatement. The heavy music we've always played is there. But on top of that are some really amazing textures and concepts. We put everything into this record. The entire structure is so different and we are thrilled by it. String instruments – everything - lots of new sounds. We've always been a band that has taken baby steps. But this time we stretched further and took giant steps. You'll have the breakdowns, but you'll get a trumpet as well [laughs].

Listen to Atlas in Its Entirety

What music influenced you early on?

Rolling Stones records, Beatles records and a hell of a lot of reggae. My parents were and still are big reggae fans – so lots of Bob Marley, of course. And I still love all that stuff and it influences me today. Any Stones record anytime is good by me.

What live shows were you able to see in Australia growing up?

The first show I ever went to was the musical Jesus Christ Superstar, and I freaked out. It was amazing; the singing, the lasers, the crazy music – it blew my mind. I was just seven-years-old! At about age 14, punk bands would come to some dingy venues in our area and I'd go see those. I just loved that. Then we moved from Sydney to this tiny town where we live now. My parents were not big mainstream pop people. We'd see small touring bands at blues bars, but never really saw huge gigs. When Warped Tour came around in about 1999, that was like the first big commercial show I saw. And that was off the chart. I saw my future at that show. Now look at us! We've played in, I think, 47 countries and the response just gets more and more amazing wherever we go. We joke that we want to find a place where nobody knows us, where they don't know the words, so we can make new fans on the spot. Kidding aside, with the amazing live vibe we have, we all look at each other when the fans know all the words and say to ourselves, how did this happen?

What do you think it is about Parkway Drive that inspires this fierce love and loyalty from the fans?

We've been trying to pinpoint it – the only thing we might be able to figure is that we are relatable on a personal level in that we've never tried to create an image beyond five guys that just play music they care about. It's just honest and direct. There's no difference between the guys onstage and the people in the audience. And it's not something we cultivate; it's just how we are. And if that's why people like us then I couldn't be happier. It's why I got into music – because of punk - it was real- I could relate to it and picture myself up there.

Is it true the "Parkway Drive" house in Byron Bay, New South Wales, has become a local landmark?

Ah, yes, the house on Parkway Drive where we started is very famous now. Our drummer's family still owns it and we still practice there before going on tour. It's a big house and the family rents it out to other bands – three bands are jamming there at the moment, it; like a music center – and it's a really beautiful place. It's so weird, how it's turned to a tourist destination. Parents come here on holiday to see the house, so bizarre. You look out the window and see people out there, in the tree, taking pictures [laughs]. 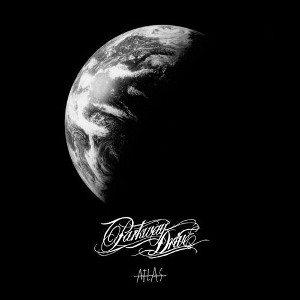 Atlas will hit stores on Oct. 30 and can be pre-ordered at this link.