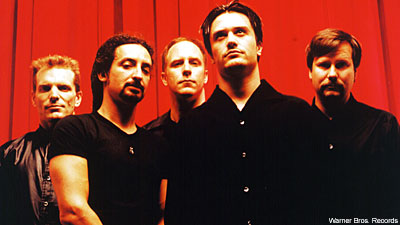 The economy could be on the decline, and gas prices could still be high, but that won't stop metal from making its rounds across the world.

KEEPING THE FAITH: After a 10 year hiatus, alt metal veterans Faith No More have confirmed in an official statement that the band is reuniting. Currently the band has plans to tour Europe.

ABIGAIL-LESS: Originally slated to support the North American leg of the Napalm Death tour from April to May of this year, Candlelight's Abigail Williams has recently dropped off the bill. There are no reports as to why the band has dropped off, but filling in their place for the tour will be Relapse's Coliseum along with Kataklysm, Toxic Holocaust, and Trap Them.

GOING A"HED": With the recent news of HED(pe)'s van and merch robbery in Burbank, CA the band has made no changes to their upcoming tour plans and will continue out on the road with Dirtball, DGAF, and Mower this month. Beginning on March 6th in Petaluma, CA the band will run through the U.S. until late April.