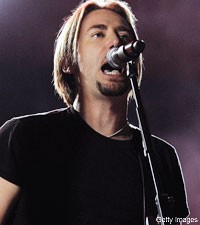 Canadians Nickelback rocked the official Olympic after-party celebration. The winter games came to a close last night in Vancouver, Canada with much fanfare.

Nickelback performed 'Burn It to the Ground,' while some female Olympians screamed and danced with glee. The song is a single from the 2008 album 'Dark Horse.' The band also ripped into 'How You Remind Me' from the album 'Silver Side Up.' Avril Lavigne, Alanis Morissette, Simple Plan and Hedley also performed during the after party event. 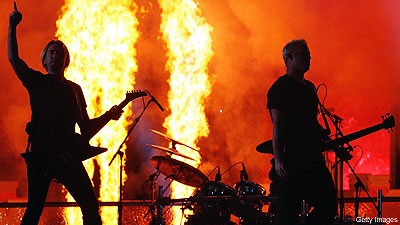 The Olympics' closing ceremony is always boisterous and Canada used the world stage to poke fun at some of their stereotypes. During the main part of the internationally televised closing ceremony, females paraded around wearing giant maple leaves and balloonists carried massive inflatable moose and beavers stamped with the phrase 'Made in Canada.'