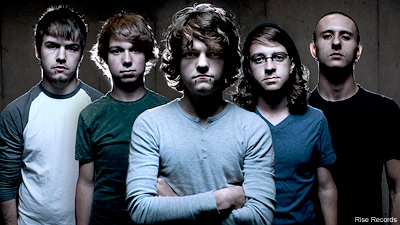 Ohio's Miss May I are in the midst of their big break with the release of their Rise Records debut, 'Apologies Are for the Weak.' The metalcore band premiered the music video for 'Forgive and Forget' -- which features a strong concept to coincide with its lyrics -- on MTV2's 'Headbanger's Ball' last week.

The song is about the struggles endured "in the study with relationships and family," lead vocalist Levi Benton told Noisecreep, "All we really wanted was to forgive them for it and forget and wish things were like they used to be." Benton says the band is grateful for how far they've come.

As for the song, it's one of their catchiest and Benton says that "usually every night kids are singing louder than us ... and it is breath-taking."

Download Miss May I Songs
Filed Under: miss may i, MissMayI
Categories: Videos
Comments
Leave A Comment
Back To Top