The 38-year-old Grammy Award-winning guitarist and songwriter is known for his work in multi-platinum rock juggernaut Creed and with the critically acclaimed, fan favorite Alter Bridge.

But now it's time for Mark to release his long-awaited debut solo album, All I Was, which will be hitting stores on July 17 and can be heard here in its entirety!

Noisecreep recently had the pleasure of speaking with Mark about his debut solo album, his favorite guitarists growing up, and his future plans.

Mark, with the release of your first solo record, there's obviously going to be a lot of excitement attached to it, but how tough was the pressure on you?

The writing process was some of the most fun time I've ever had musically. So that was exciting. But now that's it's all out, and the first show is coming up and all of these things are happening with me sort of the sole focus, you do feel the pressure more than you normally would, if you were just bust being lead guitar player of a band.

What was the biggest challenge, creatively?

It was a whole other kind of beast finishing off all of the lyrical stuff. I've been a songwriter since I was about 11 or 12 years old and I'll always write vocal melodies. With Alter Bridge and Creed I'd write melodies and some of my lyrics would stick and then Myles [Kennedy, vocals] and Scott [Phillips, drums) would finish off the lyrics with their stories so I never had to, in the last 10 years, tackle all the lyrics, which was a big deal for me. It took just as long to do those as the musical parts.

Did being in your other two bands affect what you wrote about?

I'm sure working with the guys over all the years helped mold me as a songwriter and helped me along the way, but I tried to make this as different as I could. And there are lots of metal grooves that have been floating around in my brain, riffs I've tried with my other two bands and while the guys dug them, they just didn't fit with what we were doing. So this was my chance.

What did you listen to as a kid – what helped shape you musically?

The first record that really made me a music fanatic was Metallica's Master of Puppets. That's probably my favorite record of all time. From there I searched for the heaviest, darkest, meanest sounding stuff I could find. I grew up in Detroit and my friends listened to Slayer and Testament – I got into punk, too, like Black Flag and Ministry. And I got really into black metal. I got into Celtic Frost, King Diamond and Mercyful Fate. I loved that stuff. I'd have to control the volume though so I'd turn it down when they said 'praise Satan' or whatever to keep my parents from taking my records away [laughs].

Were there specific metal guitarists that influenced you and your riffs?

James Hetfield and Kirk Hammett for sure. That down stroke thing they do is one of my core sounds – my rhythm playing is very rooted in the Metallica-based style. And Slayer's approach, too. Some of my favorite riffs of all time are on Slayer's song "Raining Blood" and that really inspired me to write man of the menacing metal riffs that I have over the years. That's really what turned me on when I was younger, that kind of music.

Do you have any sense of how you'll juggle the solo project the rest of the year with your other bands?

My first solo show is on July 17. Then about ten days later, the next Creed tour starts which goes form late July into early September. After that I'll try and fit in a five-week solo tour. Then there's talk of Creed heading to South America just after that – we've never played there so that would be cool. Then in December, Myles and I start writing the next Alter Bridge record, the band will get together in January and finish the album in time for summer festivals next year.

Thanks very much. My favorite thing has always been writing vocal melodies and singing to myself in the closet [laughs]. Now to be able to do it in front of people is like a childhood dream come true. 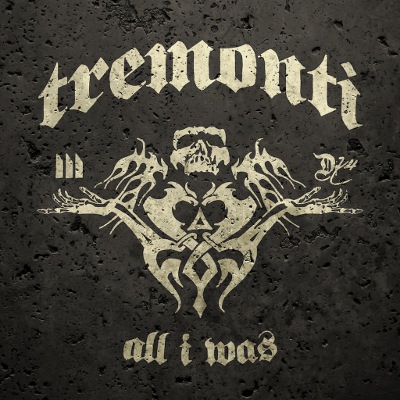 Tremonti's debut solo album, All I Was, hits stores on July 17 and is available for pre-order at Amazon. Listen to the album at this link.

Head over to the band's official website for more information and updates: www.TremontiProject.com.