While most bands temper the heavier side of their sound as they get older, Machine Head do the exact opposite. Since forming in 1991, the Bay Area metallists have experimented with different approaches to their songwriting, but since their 2003 Through the Ashes of Empires record, the group have gone for the jugular.

Machine Fucking Head Live was recorded at various tour stops across the globe last year. It includes songs from the band's expansive catalog, including "Imperium," "Aesthetics of Hate," "Locust," "Ten Ton Hammer," "This Is The End" and of the anthem, "Halo."

In this Noisecreep exclusive, we're proud to bring you the world premiere of "This Is the End," one of the scorching tracks off of Machine Fucking Head Live. Oh yeah, you can also download the MP3 for FREE!

"The Head Cases have been so intense on this tour cycle that we had to start capturing the shows, especially with technology making it so much easier to record," said Machine Head frontman Robb Flynn. "We culled some of the best nights where the band and crowd were on fire and made a bad ass, nearly two-hour, double live album, which is a great documentation of where the band is at 18 years deep."

Machine Fucking Head Live will hit stores on Nov. 13 via Roadrunner Records. Pre-order your copy of this incendiary live document at this link today! 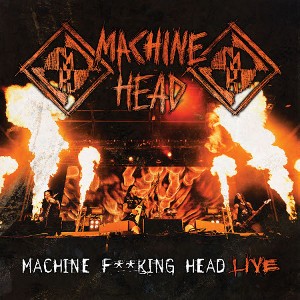 Machine Fucking Head Live Track Listing:
1. I Am Hell (Sonata in C#)
2. Be Still and Know
3. Imperium
4. Beautiful Mourning
5. The Blood, The Sweat, The Tears
6. Locust
7. This Is the End
8. Aesthetics of Hate
9. Old
10. Darkness Within
11. Bulldozer
12. Ten Ton Hammer
13. Who We Are
14. Halo
15. Davidian
Follow @Noisecreep on Twitter | Like Us on Facebook | Sign Up for Our Newsletter
Filed Under: Machine Head, MachineHead
Categories: Exclusive, News
Comments
Leave A Comment
Back To Top