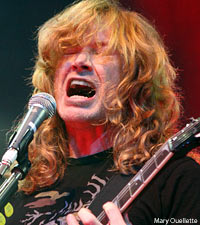 Want to put some metal back in your summer festival plans? Canada has the answer in Heavy MTL, a two-day festival in Parc Jean-Drapeau at Île Saint-Hélène, Montréal. Heavy MTL is set for July 24 and 25. Heavy MTL was first held in 2008, and organizers took a hiatus from the event in 2009. This year, Heavy MTL is back with a vengeance featuring 19 of the biggest bands in metal.

There are a few ticket options available, including one day passes as well as access to the full event. Tickets go on sale March 6. You can buy tickets online or charge by phone.