Oh, the side-project. They're always a chancy proposition – and quite often a bad idea. Metal royalty has certainly seen its share of the good, the bad and the "what the fuck" varieties. For every Metallica/Lou Reed Lulu debacle, there's something on the level Dave Grohl's metal masterclass: Probot. Quite often, these creative ya-ya venting are the product of an artist struggling to show what may (or may not be) up their sleeves we haven't heard yet. At other times it's a case of musical moonlighting with other like-minded players.

Ever hear the I record that God Seed/Gorgoroth bass-man King Ov Hell concocted with Immortal's Abbath and members of Enslaved? It's the best Motorhead record of the last ten years. How about the recent Cancer Bats/Bullet for My Valentine team-up: AxeWound? A pretty bitchin' hardcore disc if ya ask me.

Here at Noisecreep, we love to dredge up our share of metal obscurities and straight-up creative car-wrecks. No sacred cows to speak of 'round these hallowed halls, yknow? Here are nine cases of aural overindulgence, the results of which tend to be messier than a plate of extra-spicy chicken wings. 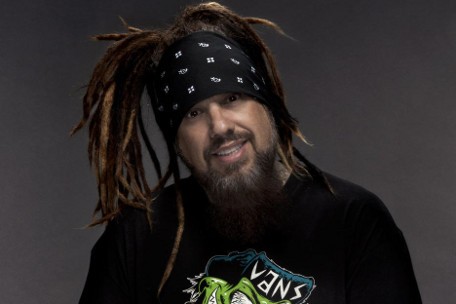 Rock 'N' Roll Gangster, the 2002 debut and (thankfully) sole solo album from Korn bassist Reginald "Fieldy" Arvizu's Fieldy's Dreams might very well be the Physical Graffiti of bad side projects. Think low-rent So-Cal stoner rap about smokin' and shootin' with Fieldly trying his damnedest to sound like Cypress Hill's B-Real. "Today I don't think I need to be on a mic," said Fieldy to Revolver Magazine in 2011. "I don't have a voice. Back then, Korn was on top of the world and could do anything we wanted. I look back on it now and I'm embarrassed." Thankfully, Reginald has been kind enough to relinquish vocal duties for his most recent rap-rock project, Stillwell to Arsonists alumnus Q-Unique. 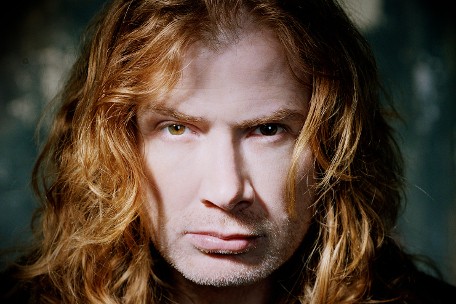 Highly talented hooligan Dave Mustaine strikes a studio kinship with Fear's Lee Ving. Makes sense, right? Dastardly Dave: the crowned prince of thrash with a snarl that would send most punks scampering. Lee Ving: foul-mouthed leader of LA punk's greatest blues-masquerading-as-punk-band. Add future Goldfinger bassist Kelly LeMieux and Suicidal Tendencies skinsman Jimmy DeGrasso (who would later join Megadeth on the Risk and World Needs a Hero albums) to the mix and whaddaya get? MD.45's sole outing, 1996's The Craving, ended sounding pretty much like a Megs album with a dude singing through a mouth full of marbles. When Mustaine remixed and remastered it as a proper Megadeth release in 2004, stripping away Ving's warbling and adding his own characteristic vocal sneer to the proceedings, you can guess what it ended up sounding like: a pretty good Megadeth record. 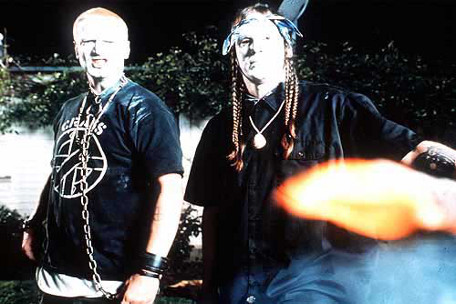 These socio-political superheroes (actually Mind Over 4's Spike Xavier and Uniform Choice/Mind Funk legend Pat Dubar in white-face, liberty spikes and Tonto braids) tried their best to ignite tempers with left-wing, industrial-rap screeds like "The Bible Is Bullshit" or "Christians Murdered Indians." Their raison d'etre? Corporate Avenger sought to illuminate the plight of the persecuted Native American amidst sundry political outrages of the day. Rage Against the Machine they weren't. In truth, the Cherokee people could have probably done without tracks like "Jesus Christ Homosexual": "Not sayin' that it's good, not sayin' that it's right but the Virgin Mary might have been a hermaphrodite!" Leonard Peltier could not be reached for comment on that one. 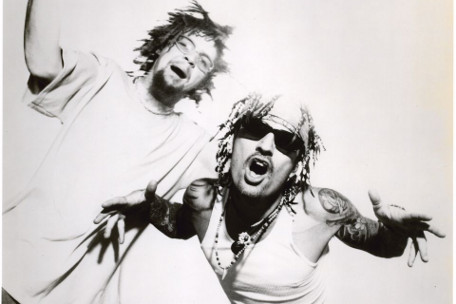 So this is what happens when you quit Motley Crue, divorce Pamela Anderson and go to jail in the same few months. Some people go to therapy or rehab. Tommy Lee channeled his angst into this nu-metal ensemble fronted by rapper TiLo. MOM's 1999 self-titled debut did actually go platinum and featured cameos from the likes of The Crystal Method, Fred Durst and Lil' Kim. Remember tracks like the awesome and culturally relevant "Get Naked"? That's OK. Not many others of us do either. Thankfully, Tommy reunited with Crue a couple years later. MOM's second offering, A Public Disservice Announcement, surfaced in 2010. On that one, Tommy and producer Scott Humphrey utilized parts recorded by individuals around the world that were recorded to stem tracks posted on a website called www.thepublicrecord.com. Tommyland is a strange place indeed. 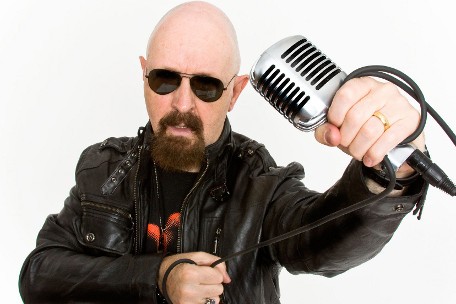 Rob Halford's electro-tinged "coming out" party with aural foil and current Rob Zombie axeman John "5" Lowery, wasn't exactly what the faithful were looking for when Halfy split the Priest following 1990's career-pumping Painkiller. It's light-years removed from the metal-on-metal of his other post-Priest aggregations: Fight and Halford. With 2wo, Rob stepped into a shadowy world inhabited by the likes of Godhead and Gravity Kills with shaky result. The band's singular effort: Voyeurs, issued on Trent Reznor's Nothing label in 1998 should stand as testament to what an artist probably shouldn't do. Those still intrigued with this industrial accident are advised to seek out the "pre-Reznor mixes" of 2wo courtesy of original producer Bob Marlette. Some of the menace did get lost in the mix. 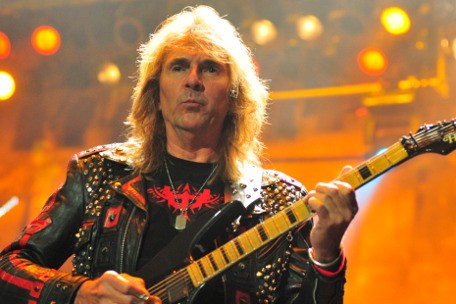 And when St. Rob momentarily left the church of the (Judas) Priest, it was solo album time for Priest axeman Glen Tipton. 1997's Baptizm of Fire was tracked with backup from The Who's John Entwistle on bass and journeyman drummer Cozy Powell amongst a gaggle of others including Robert Trujillo, Billy Sheehan and Ugly Kid Joe's Whitfield Crane. Where Baptizm stuck to more familiar metallic territory, Edge of the World, that was recorded exclusively with Entwistle and Powell and finally released in 2006, after both the bassist and drummer's untimely deaths, is one of those records that might be mildly interesting for completist classic rock and AOR fans. But really, that's about it. 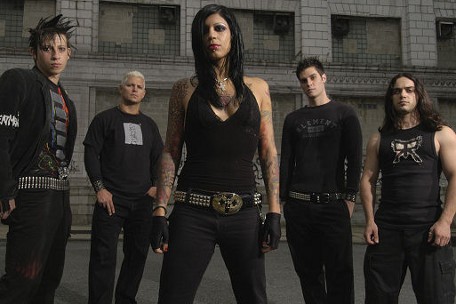 Biohazard's Billy Graziadei, former Kittie bassist Jen Arroyo and Karl Bernholtz, ex-frontman for Florida oddballs, The Groovenics invade radio-friendly-goth-punk territory for this high-velocity sonic conflagration of a band. The NYC-based Suicide City did manage more than their share of roadwork, touring with Mindless Self Indulgence and Life of Agony amongst others. Their sole album, Frenzy, is a love-hate affair with a pretty boss lil' number about the fine points of teen self-mutilation entitled "Cutter." Don't expect any of Biohazard's characteristic stomp or Kittie's nu-metal growl, but they did manage a pretty on-point cover of The Cure's "Burn" though. 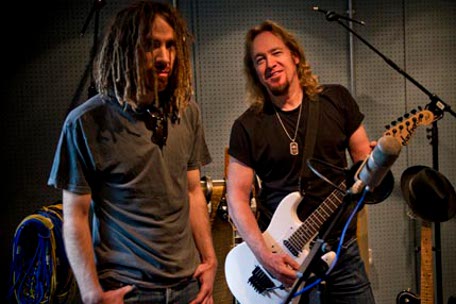 Just because Iron Maiden's Adrian Smith and SikTh's Mikee Goodman may have been prime movers in the rise of both the New Wave of British Heavy Metal and Djent, doesn't give their 2012 pairing, Awoken Broken, "supergroup" status. You hope for Maiden's epic riffs and the thousand voices Goodman demonstrated so agilely in SikTh. You get something that sounds a bit too safe for the pedigree of the players involved. 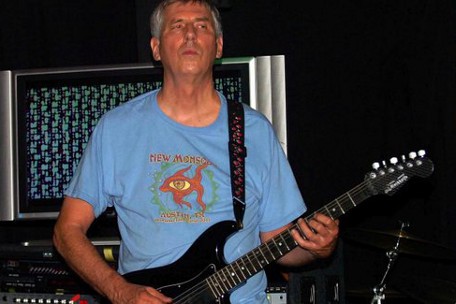 In the mid-'80s artistic over-indulgence seemed the name of the game at SST Records. There were the "classics" from the likes of Husker Du, Descendents and Saint Vitus, but there were plenty of records that one might describe as "fucking weird." (for example: Tom Tricolli's Dog or Negativland). This four-track collision between Black Flag and the Minutemen was recorded during sessions for '86's Flag effort, Loose Nut, with an understanding that it wouldn't be released until at least one of the bands broke up. The overall vibe leans more towards the departed D. Boon's flamenco hand and George Hurley's Latin rhythms with Greg Ginn's twisted guitar lines only sneaking in there on occasion. Henry Rollins is only heard on backup vocals (probably the only time he has yelled Arriba! in his long career) on only one track as vocals are largely eschewed in favor of instrumental weirdness. Still not sure what to make of this one.