British heavy metal veterans Iron Maiden just announced their own brand of beer, an upscale English ale named 'The Trooper' after the band's iconic song (and poster, which provides the artwork). It's just one of a half-dozen hard rock-based brews announced in recent weeks. Say what you will about expanding the band to a brew; you can't illegally download a full-bodied porter.

Hops and heavy metal are a natural pairing, because beer and metal go together like... beer and metal. So crack a microbrew and check out ten ass-kicking adult beverages from some surprising groups. 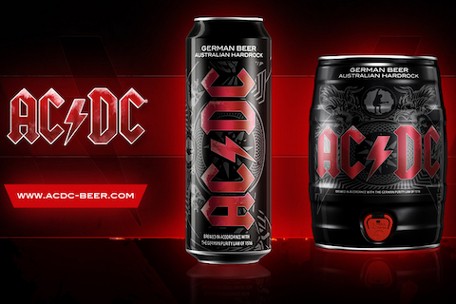 For American AC/DC diehards, this pale lager is the ultimate import. Whether you're washing down pizza, wings or barbecued kangaroo, this sweet, bready brew tastes pretty much the same from every batch. According to its promotional material, the 5%-alcohol-by-volume (ABV) lager is "brewed in accordance with the Rock`n Roll manifesto of 1973 and the German purity law of 1516." 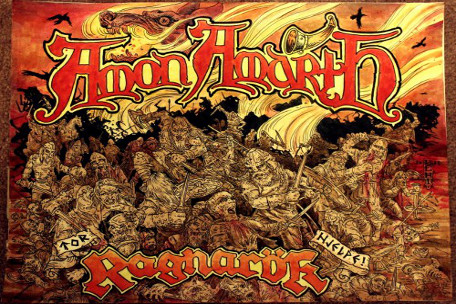 This brutal - and, sadly, out of print - porter contained a whopping 8.2% ABC, which is over twice the kick of your average American beer. Flavored with honey and smoked malt, the imperial strong porter brew made just a minor nod to Viking mead. And if you can find some, it's perfect to quench your thirst after a long day raiding the West Coast of Ireland.

The band: Corrosion of Conformity

Over the course of 31 years, Corrosion Conformity has been a raw punk band, a hardcore powerhouse, a crossover crush crew and - on 2000's underrated America's Volume Dealer - a rumbling biker-rock combo. So it's only natural that the group would rise once again as diesel-powered party fuel, lending its name to a rum-barrel-aged imperial raisin porter. Look for the corrosive beer soon, as a joint effort from Georgia ale aces Anderson Bros. and Burnt Hickory, brewers who have named beers after Killdozer and Die Kreuzen. After a sixer of this, lock your door and say goodnight.

Clutch's gourmet brew clocks in at a whopping 9% ABV. This dark and heavy blend is 80% stout, 20% dark sour wood. With just a whiff of baker's chocolate, a sour edge and dark malt character balance into a surprisingly sweet drinking experience. What's that line from "The Mob Goes Wild"? "Everybody move to Colorado / Drink lots of beer"?

Even the most extreme metal acts are getting in on the action. Finland's Impaled Nazarene teamed up with the Vakka-Suomen Panimo brewery for a beer that matches their black metal. For now, it's only available in their homeland. The only parts of the label we could translates were "4.5%" and "HAIL TO THE GOAT." So while we can't tell you what it tastes like, we can testify it's the most evil-looking bottle art we've ever seen.

The Impaled Nazarene beer is only available in Finland

The brew: The Trooper

Maiden paired with Robinsons, another longrunning British institution, to produce this hand-crafted beer at its Unicorn brewery. As the brewer describes it, "malt flavours and citric notes from a unique blend of Bobec, Goldings and Cascade hops dominate this deep golden ale with a subtle hint of lemon." Like an Iron Maiden song, expect a bottle to last around 13 minutes.

KISS will put its name on anything, even this 4.7% ABV German-style pils. Not officially available in America, this hoppy brew is taking Australia and Europe by storm. Recommended food pairing: With a heavy color and yeasty aroma, this semi-dry beer goes great with wings that are hotter than hell. The company behind it also offers KISS Zin Fire wine, a fruity California zinfandel with hints of blackberry and pepper.

From the company behind Slayer's wine (see below), Motörhead's Bastards lager is brewed in Sweden, and contains a smooth, drinkable 4.7% ABV. And if that's a little tame for your tastes, try the band's vodka or shiraz rosé, available in an amp-shaped decorative cases. Yes, rosé: After a blistering Motörhead set, even the most hardcore head banger can use a refreshing, delicate blush.

The Brazilian thrash legends, now fronted by a singer from the beer-loving city of Cleveland, went even more international to celebrate its 25th birthday, with a commemorative wheat beer that was as light and the band is heavy. Brewed in Brazil, the aromatic, slightly fruity Bavarian-style beer was a joint effort between Bushido Brazil and Germany's Bamberg, which hosted the release party. It's not very complex, but neither is Sepultura.

Sepultura beer is apparently sold out

D.X. Ferris is the author of 33 1/3: Reign in Blood, the first English-language book about Slayer. He writes the webcomic Suburban Metal Dad and runs Pentagrammarian.com, the world's only full-contact, metal-oriented grammar & usage website.