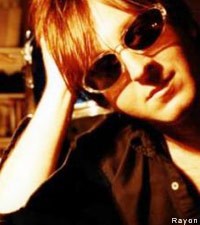 Drummer Brian 'Damage' Keats, who manned the kit for the final incarnation of the Glenn Danzig-fronted Misfits, has reportedly died. Keats, who waged a long battle against live cancer, passed away on Jan. 12 at the age of 46. He leaves behind a wife and one child.

Born in Brooklyn in 1963, Keats played drums for several punk bands, including Genocide and Verbal Abuse. Glenn Danzig personally invited him to join the Misfits in 1983, and he began rehearsing with the band in October of that year, just a few weeks ahead of their Halloween gig in Detroit.

The show would be his first and only performance, as it ended up becoming the Misfits' farewell show. According to reports, Keats got drunk before the show, and couldn't keep up with the rest of the band, leading guitarist Doyle Wolfgang von Frankenstein so miffed, he hurled Keats off of the stage.

After his stint with the Misfits, Keats continued to live in New York City, playing drums for various outfits, including Hellbent, the Kretins, the Hellhounds, Angels in Vain, Raging Slab, the Diamondbacks, the Phantom Chords and Billy Idol.