After announcing that they had signed a new record deal with Wind-Up Records earlier this year, Filter have just revealed details about their upcoming debut for the label. Hitting stores on June 4, The Sun Comes Out Tonight was recorded in Los Angeles at Blue Room Studios with producer Bob Marlette (Ozzy Osbourne, Anvil).

The Sun Comes Out Tonight (see cover art below) was written and recorded by leader Richard Patrick and guitarist Jonny Radtke, as well as collaborator Marlette. The first single, "What Do You Say" will go to rock radio on May 7, 2013. Fans can get a free track, "We Hate It When You Get What You Want" today, March 18, 2013 through Filter's website. 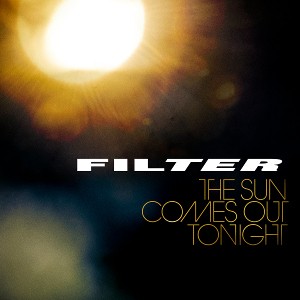 1. We Hate It When You Get What You Want

4. Watch The Sun Come Out Tonight

6. This Finger's For You

8. First You Break It

10. Take That Knife Out Of My Back