"Back in the '90s, we thought AIDS was as bad as it was going to get, but things are so much worse right now. I'll tell you what, as a parent of two young kids; Sandy Hook was absolutely like 9/11 to me again. For all parents with toddlers, that was a scary day," Filter mastermind Richard Patrick tells Noisecreep.

We're chatting with the singer/guitarist about The Sun Comes Out Tonight, Filter's upcoming new album, their first for the Wind-up Records label, when he tells us about a frightening story that happened to his wife this morning near their home in Southern California (March 29).

"My wife was driving in our Prius, and we have a 'Ban Assault Weapons' bumper sticker on it. So this big Ford pickup truck pulls up next to her and the passenger starts throwing garbage at my wife's car, and they also threw stuff at her windshield. She almost got ran off the road in the process, cause they were so busy trying to throw stuff at her and flip her off.

"This is what this country has turned into. The Tea Party and the extreme right are literally turning into the new terrorists. These are gun nuts like Timothy McVeigh was. It's fucking insane. I'm trying to understand my fellow humans, but it's hard. These pickup driving, God proclaiming gun nuts tried to run my wife off the fucking road! This was over a fucking bumper sticker! Thank God our kids weren't with her," says a relieved yet still obviously shaken Patrick.

"This new album is so much angrier than our last one. I'm continuing to raise my voice, and I don't care if I piss my fans off doing it. I took so much shit for supporting Barack Obama. I think it's important that we talk, but it's also important that we all listen. No one is listening right now. Bill O'Reilly? He's isn't fucking listening. Alex Jones? He's an extremist, terrorist nut. I hate elements of our country. I really do. But that's where I am now. I am out there and I'm saying what I feel. I always worried about being too political on our records since I didn't want to alienate my fans. But I'm over it. That's where I'm living now." 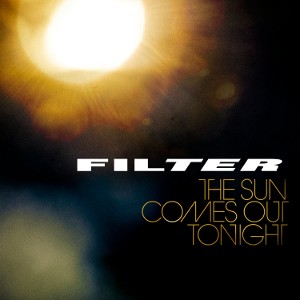 Stay tuned this Monday, April 1, when Noisecreep exclusively premieres "What Do You Say," the first single from The Sun Comes Out Tonight.