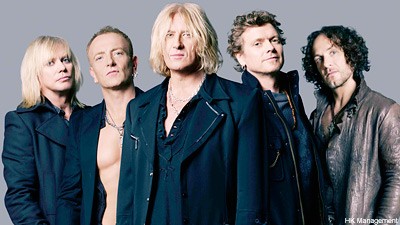 Who says summer concert season is over? Def Leppard and Cheap Trick have decided to extend their tour a little longer, adding 15 more dates across the United States and Canada. Tickets for select markets go on sale tomorrow via Live Nation. "There's really no greater compliment than to be asked to keep on doing it, so that's what we're going to do," Def Leppard lead singer Joe Elliott says of the tour.

With more than three decades of rock under their collective belts, the guys in Def Leppard have a massive catalog of songs from which to choose. Signature hits you'll hear live include 'Photograph,' 'Foolin',' and perhaps the most famous song from the 1980s, 'Pour Some Sugar On Me.'