"Due to the world I've been part of in creating art for so many years, I feel really connected to pop culture and what younger people are talking about. Being a musician has actually surrounded and immersed me in pop culture and youth culture from a very young age. But even before I was singing in bands and creating any kind of art, I was always fascinated by pop culture," Davey Havok tells Noisecreep.

We're chatting with the 37-year-old AFI singer about his upcoming novel, a stirring look at today's youth and its addiction to modern media and celebrity called Pop Kids.

Out April 2nd, Pop Kids follows a pop culture-obsessed teen named Score Massi and his relentless hunger for the kind of "why are they famous?" notoriety that the Kardashian clan have mastered.

One of the key factors to Pop Kids' success is Havok's choice to have Score narrate the story himself. "Historically speaking, the books I usually connect with the most are written in first-person narrative. I feel it allows a greater connection to a story, so it wasn't a hard decision to go with it for my book," Havok tells us.

I confess to Havok that I felt a bit like some kind of pop culture junkie as well after reading Pop Kids since I related with many of the characters' behavioral traits. It made me feel guilty and kinda gross. "[Laughs] The media is such a pervasive part of culture that's it's almost impossible to escape. I'm certainly in the same boat as you. Ironically, I started a Twitter page to help promote the book [laughs]. There was definitely a certain guilt involved in that.

"Look, there's a generation of kids who have never lived without social media and the Internet. Since you're my age, when you read the book you had a foundation that allows you to step back and look at it differently than the teens who will read it. A lot of them won't be able to step back and realize that a lot of these behaviors are addictive.

"In fact, there was a Stanford study that even noted that the same triggers that cocaine have in your brain are triggered by social media. So the junkie analogy is strong on your part," laughs Havok.

Stay tuned for the second part our interview with Havok 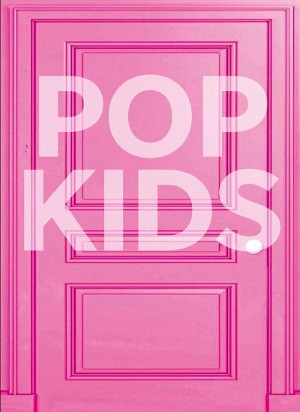 Pop Kids hits stores on April 2 via Black Candy Publishing and can be pre-ordered now.