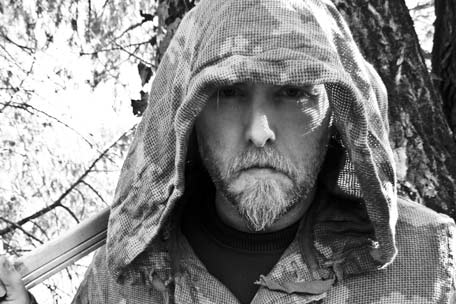 .
Burzum's Varg Vikernes is quite a polarizing figure in the world of metal. In 2009, Vikernes was released from prison after serving 16 years for the murder of fellow black metaller Euronymous of the band Mayhem. The story is an essential part of black metal's lore and history, and even though the incident went down two decades ago, people are still interested in it. Vikernes, however, is not.

The Burzum leader no longer entertains questions about the matter. When speaking to Noisecreep recently, Vikernes nixed all queries about his jail time and his oft-questioned politics, as he feels that those topics have been worn out in the metal press. This interview is strictly about the music.

Noisecreep: How do you feel about following up your 2010 record, 'Belus,' so quickly? What was that process like?

Varg Vikernes: I don't see this as quickly at all. As I see it, I took my time with 'Fallen,' and spent an entire year to complete it. The first four albums were all made in about 18 months' time, so the process was... the same as always.

Ask my American distributors about that. I just make music. If you don't like it, you don't need to buy or listen to it.

Do you plan to release records on a more regular basis?

Possibly. If I can, I will make an album each year, but time shall tell if this works out. I have other things to do in my life as well.

Is there anything that Noisecreep readers who have not yet been exposed to Burzum need to know about the album? About Burzum? About you?

They don't need to know anything. It's heavy metal music. Some will like it, others will not. As simple as that.

How has life on the outside treated you for the past few years? Any significant changes?

Life treats me very well, as has always been the case, no matter where I have been. Any significant changes? Not really. Nothing I wish to share with the rest of the world anyway. Burzum has a new album out. That's the only significant change since last year.

Can you give us an insider's view of the recording of 'Fallen'?

Well, I didn't record one track at a time, but rather one instrument at a time. The whole recording went just fine, with no incidents, no mistakes, no problems. Nothing. It is almost as if I had done this many times before. I am sorry, but recording an album is just hard work; tedious, repetitive, and not very fun at all. Mixing is a bit better, but still pretty boring. Talking any more about this than I already have now would probably just bore you even more.

Will you ever embark on a full scale tour? Can you? Do you want to?

There are no plans for this. I guess I could, with a proper session line-up, but no; I don't really want to. Nor do I think Burzum would do well live. It's music made for moments when you are alone. This doesn't meant you have to be alone when you listen to it, naturally, but the point is that at least it was never intended for live performance. Nor was I, I may add. There is no place like home.