"It's is a song of empowerment about not letting anyone or anything keep you from achieving your goals in life. Basically a big middle finger to those who doubt what can be accomplished through sheer will and determination."

Hailing from Brooklyn, Black Water Rising will be returning with the follow up to their critically acclaimed self-titled debut. The yet to be titled sophomore effort due out this July. "The recipe is the same as the first. I didn't deviate from what I believe Black Water Rising music to be, I didn't set out to grow or mature says frontman Rob Traynor. He continues, "I feel this new album is not much of a departure from the first, and I believe that's a good thing. Besides, I don't think fans would want it any other way. We're still the same band, with the addition of a killer new guitarist, Dennis Kimak who joined us after the departure of our original guitarist Johnny." 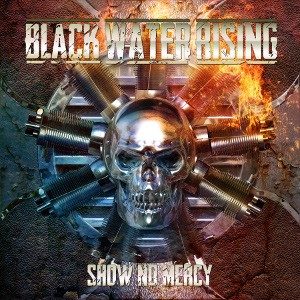