Although the mainstream largely shunned heavy metal in the 1990s, the last decade found our music getting more attention that it's ever gotten. Some of the finest releases the music has ever had were released from 2000 to 2009 and shows like VH1's 'The Metal Show' have proved very successful in the ratings game.

With so many crucial records released during the '00s, Noisecreep wanted to make a list of the 10 best albums of the decade. We asked our brothers and sisters in the metal community what their favorite albums were and then we counted up all of the votes. The list below reveals the most popular choices. 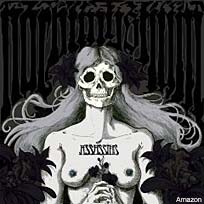 A dizzying union of psychedelic-rock atmospherics and black metal might, 'Assassins: Black Meddle Pt. 1' was one of last year's best albums and made Nachtmystium one of the world's important metal bands. Vocalist/guitarist Blake Judd steers the Chicago group with a daring confidence that serves the material's wandering spirit well while the pacing of the album is in line with the cinematic breadth of vintage Pink Floyd. The band will be unleashing this record's sequel sometime in 2010, but it's going to be a real feat to top what they did on 'Assassins: Black Meddle Pt. 1.' 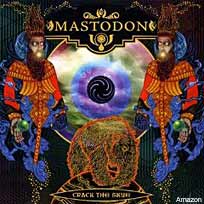 If it weren't for a handful of votes, 'Remission' would have been here, but 'Crack the Skye' proved to be Mastodon's most popular album according to our esteemed panel. Check out Noisecreep's breakdown of this spectacular record here. 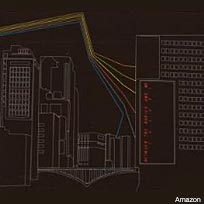 The schizophrenic mind-f--- that is 'Colors' makes Dillinger Escape Plan's most frenzied work sound straight-forward in comparison. Guitars, drums, bass and keyboards clash together in a cacophony of metal, hardcore, power metal, and progressive rock, while Tommy Rogers's assured vocals cut through it all with pointed fury. 'Colors' is a difficult album. It's not the kind of record you digest after the first listen but every time you dig back into it you're rewarded with something killer you hadn't heard before. A few years later we're still trying to figure it out but the band keeps moving their already inspired songwriting forward. 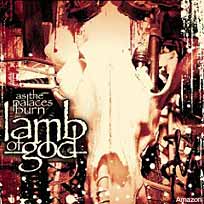 A few years before the thrash renaissance hit the underground, Lamb of God was already looking backwards to the style for inspiration. The fast-paced tempos and politically charged lyrics are in the same class with the Bay Area thrash greats of the late '80s. Former Megadeth axe-slinger Chris Poland even lays down some lead work on 'Purified.' Mark Morton and Chris Adler's dual guitar charge rarely comes up for air while Randy Blythe's savage vocal performances recall everything from death metal to crust punk. Major labels and arena shows would soon be in Lamb of God's future but 'As the Palaces Burn' is their defining statement. 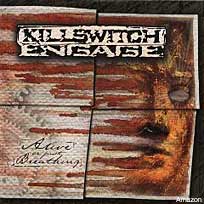 Though they've had a highly popular career since, without the sonic template they laid out on 'Alive or Just Breathing,' we wouldn't be talking about Killswitch Engage almost a decade later. The group's infectious brand of metalcore has never sounded better than it did here. Howard Jones has done a fine job of stepping in and filling his vacant spot in the band, but listening to 'Alive or Just Breathing' reminds us how important ex-singer Jeese Leach was to the band's signature style. His screaming parts are formidable but it's when he belts out the melodic vocal lines that you truly hear Leach and for that matter, the rest of the band, at their strongest. 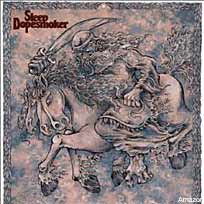 Following the critical and commercial success (for doom/sludge metal standards) of their sophomore album, 'Sleep's Holy Mountain,' Sleep left their home at Earache and signed with the major label London Records. Any cries of 'sellouts' would be silenced when word got out that Sleep would be delivering a 63-minute song called 'Dopesmoker' as their first album for the label. Long story short, the album was rejected by the suits at their new label and they eventually released a retooled version of the album called 'Jerusalem' on an indie.

Finally, in 2003 the folks at Tee Pee Records officially released 'Dopesmoker' in its original form. In this day and age of short attention spans and iPod playlists, Sleep's magnum opus has to be experienced like its creators intended; in one sitting. Matt Pike's guitars and Al Cicnero's bass come together to create something that sounds like a Woolly mammoth plodding through a blizzard while Billy Anderson's stripped-down production doesn't betray the band's '70s informed attack. This one might be stoner rock's greatest moment. 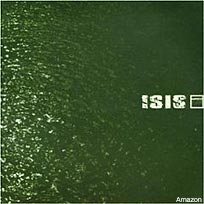 On 'Oceanic,' Isis expounded on the post-rock flavorings of their older records and in the process became a different band altogether. Their debut album, 'Celestial,' had many writers comparing them to Godflesh and Neurosis, but this time Isis's songwriting brought to mind Mogwai and Godspeed You! Black Emperor in its sparse yet hypnotic mood. In holding back and giving their songs breathing room, Isis helped prove that measured restraint sometimes says more than busy arrangements do. 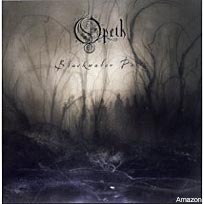 Like many of the albums on this list, 'Blackwater Park' had very little regard for genre blueprints. Although Opeth's roots were in the Swedish death metal scene, the material on 'Blackwater Park' wasn't as easy to categorize. Guitarist/vocalist Mikael Åkerfeldt had always marched to his own beat but this time out he had Steven Wilson helping him bring all his creative impulses to life. The Porcupine Tree mastermind is one of the few people in contemporary hard rock that could have held his own with the Opeth frontman and the pairing was crucial. Åkerfeldt and Wilson shared producer credits, but it was the latter that helped the band make their untamed songwriting flow smoother than it had in the past.

Whatever stylistic colors they surrounded their songs in it was easy to get lost in the group's effortless delivery. Whether they take on the Arabic-flavored guitar melodies in 'Bleak' or the prog-rock/death metal tornado that is 'The Funeral Portrait,' Opeth are in control. Since 'Blackwater Park' hit stores in 2001, countless acts have tried to emulate the album's wide-eyed ambition but the vast majority of them have fallen way short. 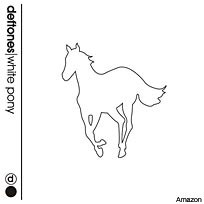 Already armed with a gold selling album in 1997's 'Around the Fur,' the Deftones could have easily settled back on that release's proven sound and vision and kept on cranking out successful releases. But this was a band that loved their Duran Duran as much as they did their Sepultura records. For the sessions that would eventually become 'White Pony,' they used the freedom and power that their commercial success brought and used it to help support their artistic risks. Their previous two full lengths showed traces of new wave and other non-metal flavorings glowing just beneath the surface but on 'White Pony' they often guide the songwriting. 'Digital Bath' sounds like Portishead jamming on a Jesu song while 'Teenager' has an ethereal wash to it bringing to mind Air and Zero 7.

But if it weren't for the crunched-out numbers like 'Elite' and 'Korea,' the album wouldn't land on this list. It helped prove that the Deftones hadn't lost their love for the harder side of their influences. Chino Moreno (vocals) and Stephen Carpenter (guitars) steered the ship but the rhythm section of Chi Cheng (bass) and Abe Cunningham (drums) deserves more attention that it's been given throughout the years. Like Quicksand and Tool, much of the Deftones' material lives and dies by the rhythms that pulsate underneath the shards of guitars. Without Cheng and Cunningham's fat-backed rhythmic lines supporting them, Moreno and Carpenter's contributions wouldn't pack the punch they do. 'White Pony' finds the Sacramento unit firing on all cylinders. It's the type of fully realized moment that makes legends out of bands. 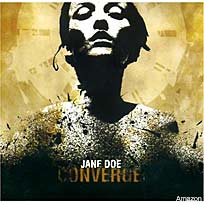 Even more than Mastodon and Opeth, Converge's name came up the most times when we tallied our results. 'You Fail Me' and this year's 'Axe to Fall' garnered a lot of votes but it was 'Jane Doe' that reigned as the most popular album in the veteran act's hallowed discography. Everything from vocalist Jacob Bannon's iconic album sleeve to Kurt Ballou's jarring guitar sound on the record has gone on to redefine what the public's perception of what hardcore and metal are. For a generation of young musicians, it inspired daring songwriting and the idea that genre expectations meant nothing. At it's worse, 'Jane Doe' begat an endless parade of imitators who have focused on the A.D.D. aspect of its delivery and not its fluid songwriting, but we can't hold that against its creators.

In a collection that has many, Converge's brave melding of styles is the album's best attribute. A song like 'Distance and Meaning' took the spazzy swing of D.C.-area groups like Fugazi and Lungfish and married it with the rabidity and immediacy of metal while 'Homewrecker' sounds like a long lost His Hero Is Gone track. The title song is the epic closer driven by a funereal barrage of sludgy bass and guitar and Bannon's desperate howls of agony. Even the most stubborn metal fans in Norway could get behind this stuff. Universally embraced upon its release in 2001, 'Jane Doe' has been both a curse and a blessing for the band. No matter what Converge has done since or will do in the future, the album will always be the touchstone on which the rest of their career is compared to.