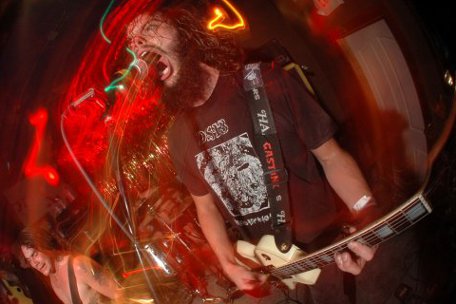 Nine people were injured near Bath, England, when a tour bus carrying the band Baroness fell 30 feet from a viaduct, the BBC reports. The accident occurred after the Georgia sludge-metal stalwarts performed Tuesday (Aug. 14) at the Fleece in Bristol and had started down the road toward Southampton, where they were to scheduled to appear this evening.

"It is with great regret that we have to inform you that Baroness were involved in a very serious road accident earlier today and will not be able to perform at Talking Heads tonight," the group's promoter said in a statement. "Our thoughts are with the band at this time and we wish them and their crew a speedy recovery." 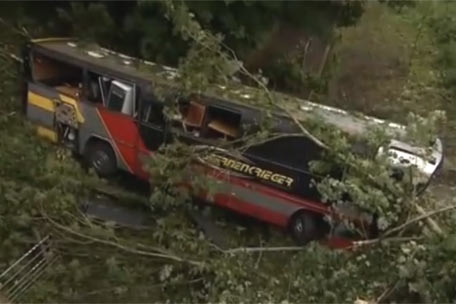 According to a witness, the bus, which was carrying nine passengers, had "overturned and fallen off the viaduct." Two victims were initially trapped but later freed by rescue workers, and all nine people were taken to area hospitals -- two to Frenchay Hospital in Bristol, seven to Royal United Hospital in Bath.

"Our staff assessed all occupants and provided any required treatment before and while en route to hospital," said a spokesman for the Great Western Ambulance Service.

Baroness is touring behind their third album, Yellow & Green, which was released in July.