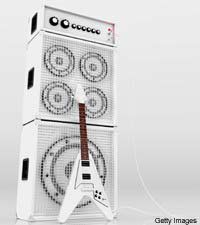 A spokesperson for the firesharing service Rapidshare has confirmed that the company has been aggressively terminating the accounts of users who upload and download copyrighted material.

The German-owned company which operates out of Switzerland is one of the most popular filesharing sites, servicing hundreds of millions of users each month and has been listed as one of the most 50 used sites on the Internet. The company offers limited downloading for free and unlimited downloading to premium users -- for a fee -- and is capable of handling three million users simultaneously.

The move comes in the wake of increased pressure from record labels, film companies and book publishers to take action against Internet services that host music, movies and other intellectual property distributed without the permission of the artists or content owner. Recently, Rapidshare was ordered to proactively filter 148 book titles in order to avoid prosecution and large fines. In the past, Rapidshare has condemned users who upload illegal content, but they've guarded downloaders. Now, they seem to have changed their policy and they seem prepared to cooperate with authorities. In addition to terminating accounts, they've have agreed to pass over IP addresses and records of filesharing activity for legal purposes.

The move is being applauded by many in the music industry, whose earnings have taken a severe beating since the advent of filesharing. "You stop supporting your [favorite] bands the moment you illegally obtain their new album," Nuclear Blast label manager Gerardo Martinez told Noisecreep. "To quote the guys in Exodus, 'You don't just go to a dealer and steal a car and expect to get away with it.'

"This is a good first step," continued Martinez. "But I honestly think that in order to have someone policing over this, we'd need governments to step in. Then again, do we really want governments monitoring the Internet? It's a double-edged sword."

"I have no problem with Big Brother stepping in," adds Testament manager and Adrenaline PR owner Maria Ferrero. "Everyone who owns the technology should have a chip implanted in their computer to trace if they are stealing music In 27 years in the music business I've seen the rise and fall [of metal] and band comebacks. But nothing has had such a direct impact on the entertainment industry such as people who steal downloads. It's just gross. It's like walking into a restaurant and ordering a meal and walking out without payment. It's like calling a plumber to fix your toilet and not paying them. This 'practice' has a direct effect on the economy as well as people's lives. Artists are less likely to put out records because they aren't getting paid."

Ferrero emphasized that the theft of intellectual property isn't limited to the music industry. "It's happening on a mass scale," she said. "The film industry is affected by the stealing as well. Part of me blames technology. Big companies keep advancing their wares and technology such as CD burners, allowing people to simply steal. I feel they are a big part of the problem and should be held accountable as well."

There's no question that the action Rapidshare is taking will limit the number of illegally transferred files through their site. It will likely also substantially reduce their traffic. And while the company has been a popular location for filesharers, it's hardly the only one.

"There will always be another site where you can download and share files illegally," said Something to Burn bassist Jeff Ballard. "Labels will keep hunting them down and another one will pop up. I know Something to Burn looks at our record as a promotional tool that helps bring people out to our shows. We personally are fine with our record being shared. It's long past the days of record sales being a viable income."

Other musicians are even more supportive of filesharing. "I favor it," Unearth guitarist Ken Susi said on a recent episode of ''Creep Show.' "I haven't bought a record since Muse's 'Absolution' came out in 2002 or whatever. I mean, I don't make any money off of our records. So the point is, you come to the show and you party and you sell merch and you hang out with your fans. You don't rely on album sales. People don't sell records today, but [they're hearing the music from sharing files], and word gets out a little bit faster."

Warbeast guitarist Rick Perry equates Internet file sharing to the tape trading that went on the '80s, but because of the scope of the phenomenon, and the fact that the quality of a file-shared recording is comparable to that of a purchased CD, he admits that filesharers are taking a major cut out of record sales and hurting both labels and artists.

"I've been playing in underground metal bands since the '80s," he said. "Many bands back then built up their following through tape trading. So, for a band who is trying to make a dent in the industry, it's a double-edged sword because you are building up your following but no one is paying for your music. I'm flattered that someone likes our music enough to steal it, but the bottom line is it is still stealing. If I do the work and people are being entertained by it, I expect to get paid."

In a guest blog he wrote for MTV, Mudvayne vocalist Chad Gray lashed out against filesharers and concluded his argument by lambasting those who think downloading albums illegally is only damaging to labels and doesn't hurt their favorite bands, who, as Susi said, usually don't see money from album sales anyway.

"If people who download music illegally think they're sticking it to the man, that's bulls-t because the man is going to stick it right back to the band [by reducing tour support, demanding a cut of tour profits and merch sales]. At the end of the day, you're hurting the people that you look up to or that get you through hard times, or people you just love. Next time you download something without paying for it, remember that it's the bands that's really gonna take the hit."