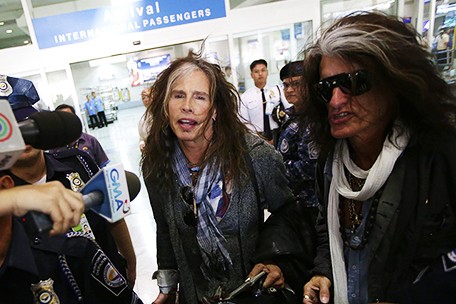 MANILA, Philippines (AP) - Members of the American rock band Aerosmith have arrived in Manila for their first ever concert in Southeast Asia.

Aerosmith is performing in Manila on Wednesday, with tickets costing up to 20,000 pesos ($480).

The band's show in Indonesia was canceled, with promoter Ismaya Live citing safety concerns. It was not clear if the decision was connected to an alleged bomb plot targeting Myanmar's embassy in Jakarta.

Aerosmith began its Asia-Pacific tour in April in New Zealand and Australia.