Adrenaline Mob have recorded a series of videos to take you inside the creation of their latest release, a series of (killer) classic rock covers called Coverta. Noisecreep is privileged to be able to bring the premiere of the next video in the special series.

This time out, Adrenaline Mob show us the actual tracking for their savage take of "Kill the King," the Rainbow classic.

For those of you who have been in a coma this past year, Adrenaline Mob features Mike Portnoy (Flying Colors, ex-Dream Theater), virtuoso guitarist Mike Orlando, vocalist Russell Allen from Symphony X and bassist John Moyer from Disturbed. 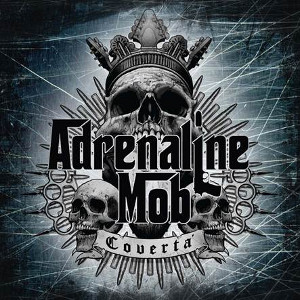 3. Break on Through (The Doors)

Coverta is available now on iTunes and Amazon.