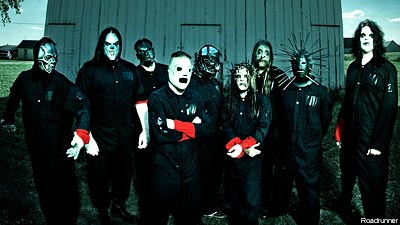 There's nothing more complicated in life than love. To be in love makes you do strange things. To lose that love, well, you might go crazy. Such is the premise of Slipknot's short film for 'Snuff.' The film premieres today exclusively on Noisecreep. 'Snuff' is the fifth single from 'All Hope is Gone.'

The short film for 'Snuff,' directed by M. Shawn 'Clown' Crahan and P.R. Brown, is filled with complex imagery. The dark film depicts Slipknot frontman Corey Taylor in a way you've never seen him before.

Subtleties fill the film. The scenes unfold in apartment number 009. A skull sits next to a snow globe. Sun peaks through the apartment windows at different points, providing the concept of a time shift. It's not clear if any of this particularly matters, but the sum of the parts seem to indicate that it does. A lot.

In the end, the short film for 'Snuff' provides a haunting look into the obsessed mind of a melancholy lover, heartbroken over a lost paramour. Perhaps we all live double lives in the end.