On Feb. 5, Silverstein will release their seventh full-length studio album, This Is How the Wind Shifts. For the Canadian post-hardcore veterans, the album marks a bit of a departure. As vocalist Shane Told explained recently, "The idea of this album is how a persons life can change forever with just one event. It is the 'what if' that everyone thinks about from time to time."

Noisecreep has heard the record we were very impressed. The songs are intense, powerful, and loaded with a ton of epic hooks, breakdowns and many truly melodic moments. It feels like the band has reached a new height, which is saying something when it comes to Silverstein.

We had the pleasure recently of talking with Shane Told about the album.

Shane, this record takes a different approach than the last few in that it's a concept record. Talk about how you and the guys approached it.

When you've been a band as long as we have it gets harder with every record to come up with something totally new. It's challenging. Subject matter, concepts – you always want to top what you did last time. Going into to this one, our seventh record, we really thought hard about how to knock it put of the park. It took a lot of planning; I took a lot of time with my notepad thinking about how to make this special. Every record is important, but we really went overboard in terms of planning this one out and making it stand out.

Why do you think you decided to go with a concept record this time out?

Our fourth record, A Shipwreck in the Sand [2009] was a concept record. I felt in a similar mind space with this record as I did that one. I wanted to do more than just go in and jam and come out with some good songs. So it's been about four years since that and I was ready to get into that space again and write a concept record. Unlike Shipwreck though, the concept doesn't have a linear beginning, middle and end. This record is six stories about different topics and people living along parallel tracks. One track starts a story and another one finishes the story. To me it was interesting to do it this way, to create something people could relate to. I hope it makes for an interesting journey into the record. The whole idea is, what if – if something in your life took another course. Like if I never started this band, or if someone helped you differently with your writing - where did the spark happen in life and if it didn't happen, where would your life be?

It's a sophisticated idea.

I'm 31, so I'm not a kid anymore. This band has been a big part of my life. I have friends with different careers moving on in what they do. For me, life is all about a series of moments all kick-started by this band. So I guess we're getting to a point in life where we just get a little more mature and think on a deeper level. I was worried about the reaction at first, it's a bit different, and we took a chance, but people really seem to get it. The reaction has been genuinely off the chart.

Was there a concept record you liked growing up?

I'm a big Beatles fan so Sgt. Pepper is the one many talk about being the first concept record. I liked it a lot but I never analyzed it too much. The Decline by NOFX. That one had an strong effect on me, as it was a bunch of bits all on one topic but overall I wasn't too obsessed with concept records. I just always try to write great songs.

How will you approach the new album on the upcoming tour?

It's always a challenge when you've been a band this long, especially when you're kicking off the tour before the record comes out, because people don't know the new songs yet so it's a challenge to keep the balance. We're playing the new songs I think people will latch onto quickly, and we'll still play the classics. We'll never shun our hits. I think people will be impressed; this is the best set we've ever done with a nice mix of new and old. 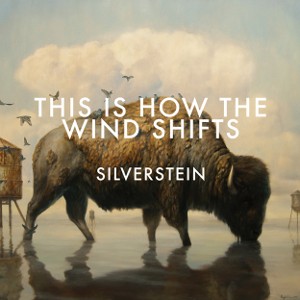 Silverstein's This Is How the Wind Shifts will hit stores on Feb. You can pre-order the album at this link.

Mar 2 Toronto, ON- The Opera House

(w/ Funeral for a Friend, The Tidal Sleep)