"I absolutely still feel like a freak. That's a state of mind. It has nothing to do with how much money you have or how successful you are," Paul Stanley tells Noisecreep.

The KISS vocalist/guitarist is referring to "Freak," a track he co-wrote with guitarist Tommy Thayer that appears on Monster, the iconic group's new album.

Spending his teenage years in Queens, N.Y., Stanley, 60, says he always felt like an outsider, but he's come to peace with that all these years later. "So am I a freak? Of course I am. But I'm proud to be one. Just look at what I'm doing every night. Look at how I live. I'm not rebelling against anything, because the ultimate rebellion is to live your life your own way.

"Anyone that thinks being a successful person, or a millionaire, rules out feeling like a freak and makes you conventional... sorry. The two co-exist proudly. You can become a big success because you're a freak and that's the ultimate win-win."

Noisecreep grew up a few miles away from Stanley in Queens, so we asked him about his memories there. "I didn't have the greatest childhood, but you could have transported me to any other place in the world and I would have had the same problems. Queens was fine. For the first 7+ years of my life, I lived in uptown Manhattan. So when we moved to Queens – so help me God – I thought we were going to see grizzly bears [laughs]. All of a sudden, we had trees on the street! I was stunned. I thought I was going to run into Lassie [laughs].

"Queens might have been a half hour drive into Manhattan, but it might as well been a 5-hour flight. For someone from Manhattan, Queens looked like Minnesota. I lived in Kew Garden Hills, the poor side of the tracks from Forest Hills. I lived on 70th Rd. and Main Street," Stanley reveals.

The singer then asks me what part of Queens I'm from and I tell him between Elmhurst and Jackson Heights. "That's cool. Gene [Simmons] grew up in Jackson Heights," he says. "He also taught at Newtown High School before KISS made it."

Of course being I graduated from there, and being the KISS nerd I am, I already knew that. 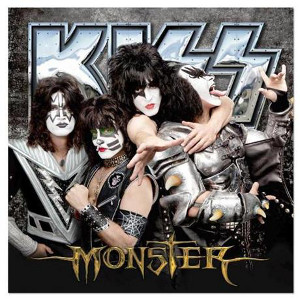