Fans of Otep know one thing for certain: namesake and frontwoman Otep Shamaya always speaks her mind. It's no surprise, then, that Ms. Shamaya isn't shy in explaining her decision to make the band's new album Hydra its last. Ending Otep wasn't an easy decision, but one made out of sheer survival and basic business 101.

"Music's been great for me and given me a wonderful life," Shamaya tells Noisecreep. "The climate has changed in music. The way the industry has responded to pirating. The way it has sort of become part of our culture now. People say 'Pirating is here to stay.' Sure it is and I understand it. I understand it too when artists decide that they need to do something else. I've spent my whole life wanting to be a working artist. I didn't want it to be a hobby. This is what I wanted to do full time.

"People complain some artists leave the genre so they can sell more records. It's just about surviving. I wanted to become a professional, working, living artist. It's hard to devote a decade of your life to something. Before Hydra even came out, it was on YouTube because someone who had an advanced copy leaked it because they felt like being an asshole. We crafted in the studio 18 hours a day for 16 weeks only to see it end up on YouTube for free. We don't make money off YouTube. People say 'We come to your shows. We buy your merch.' I'm very grateful of that. But you're supporting the tour then. You're supporting fuel, transportation and food and salaries for the crew.

"It's like a traveling circus. Tickets and all that pay for the tour and manufacturing of the merch. These are real live things. They don't just materialize themselves into place. It's a business, you have to run it. If people are constantly stealing from you, there's no way to compete against pop bands or rap bands or country and western bands. Their fans still buy records."

Shamaya doesn't want to sound ungrateful to her fans, because she isn't. But she does feel the need to educate those that think piracy doesn't hurt the music industry overall.

"When you are trying to create music, be an artist and live life, it's difficult when you've got so many things against you, including your own supporters," continues Shamaya. "So when I'm fighting against these things and people want me to speak out and endorse me, I have an instinct to do it, to want to fight injustice. You have this practice of pirating music. And people say 'Well, isn't it supposed to be about the music and not the money?' I'm not asking people to surrender their life savings. I'm just asking to pay for what you want to hear. That's not for my sake, it's for the industry itself.

"You have producers, technicians, people who have great skill and artistic ability who have devoted themselves to music only to see the industry cannibalize itself. So they have to get jobs doing something else. And you have fans complaining that large retail chains don't carry aggressive music. They don't carry metal, underground music, but they'll carry Justin Bieber or rap music with 'dangerous' lyrics and all those things. It's not a cultural thing. It's about money. These large retail chains don't care what you say as long as it sells. That's the bottom line. I understand the economy and people are hurting. We've tried very diligently to work with retail chains that do still carry our music to give us low pricing. It's hard to see what you love dissolve in front of you. I don't want to become resentful of something that has been so good to me. And I don't want to become resentful of something I care so deeply about." 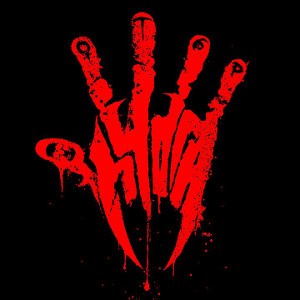 Hyrda is a mix of extreme music and spoken word poetry. In same respects, Shamaya says she is Hydra. The concept album follows a woman named Hydra betrayed her entire life. The songs are gritty and raw. And while Otep promises finality with Hydra, the band will tour behind the effort this spring and summer. Plus, Shamaya leaves the door open for a return to music.

"Maybe in the future I'll come back to music, but for now I think I've done what I need to do. I'm really proud of this record. I think it's an amalgamation of all my records. Everything I kind of wanted to do on an album I made sure I got it in on Hydra. I've got a lot of other things I'm interested in doing. I don't have the time to devote the energy and attention to them that they deserve."

Otep heads out on the Seduce and Destroy world tour starting March 8 in Sacramento, Calif. Pick up your copy of Hydra at the Victory Records online store.