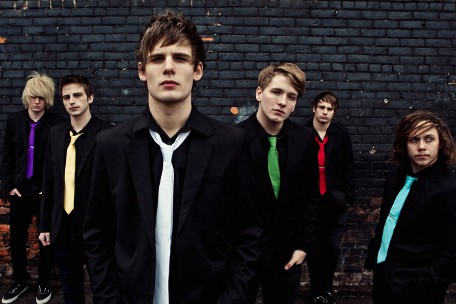 Michigan metallers I See Stars were arrested a few days ago, as they were allegedly caught possessing hallucinogenic drugs.

The band and crew were arrested on Aug. 30 in Kansas by Saline County Police. They were charged with possession and intent to use hallucinogenic drugs.

Vocalist Devin Oliver tweeted about the situation, posting: "Just had the worst 13 hours of my life." He followed that tweet with another post: "First and last time in jail."

Filed Under: I See Stars, ISeeStars
Categories: News
Comments
Leave A Comment
Back To Top