A favorite conversation 'round the Noisecreep office often starts with the words "Does anyone else remember the Rock City Angels?" These were the unsung heroes of metal and hard rock major label-dom: bands that should have towered above the competition but remain sadly relegated to the $3.99 bin of your local nearly-out-of-business CD store.

Why? Why did they fail to snare the ear and win fans? Record companies dropping the ball? The public failing to "get it?" Bands becoming casualties of hard drugs and jealous girlfriends? In truth, it's all of the above and more.

So here are ten great bands that we think could have and should been huge. 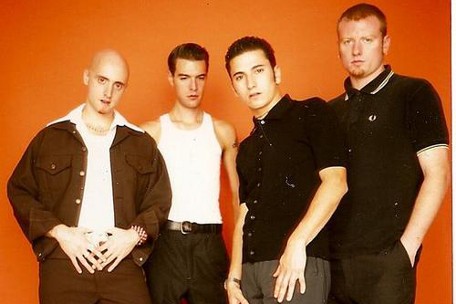 Ostensibly a Gorilla Biscuits reunion without hardcore wunderkind Walter Schriefels (At the time, Wally was contract-bound to Quicksand but actually wrote all of 1995's Set Your Goals on the DL). Lead single, "Can't Wait One Minute More," with it's Bow Wow Wow-like percussion and vocal cameo from Sick of it All's Lou Koller, made for an unlikely MTV buzz-clip and even made its way to a car commercial years later. Now most folks assumed mainman Anthony Civorelli & Co. paved a golden road for Biscuit power and NYHC pride. Sadly, they didn't, and their follow-up album 13 Day Getaway (which Schriefels didn't have anything to do with) came up short in the tuneage and sales departments. 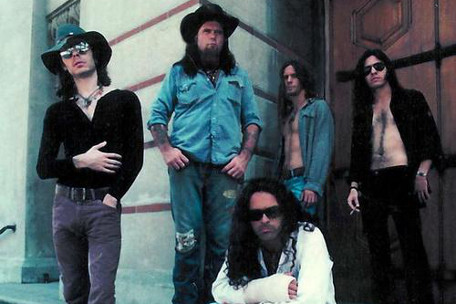 After putting the Def American stamp on the rootsier Black Crowes, producer supreme Rick Rubin teamed with ex-Cult bassist Steven Haggis to concoct a just-as-classic, street-brawlin' musclecar of AC/DC-inspired grooves and general badass attitude. '91's Nobody Said it Was Easy is a brazen collection of twangy hard rock tunes born on the streets of Hollywood but sounding like they were hatched in the heart of Dixie. Not only did The Four Horsemen sound like the real deal, but they also lived it: vocalist Frank C. Starr did his share of jail time on drug charges and drummer Ken "Dimwit" Montgomery (formerly of Canuck punks DOA) died of an overdose in 1994. Sadly, when Starr was hit by a drunk driver on his bike in 1995, ending up in a coma and passing away in 1999, The Four Horsemen died with him. 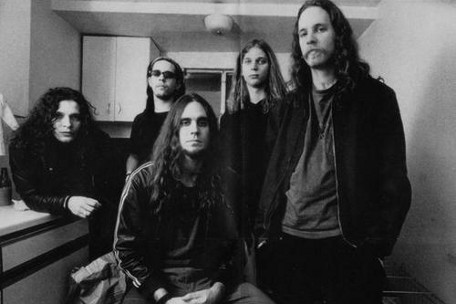 Take two members of Billy Milano's post-Stormtroopers of Death outfit: M.O.D., Uniform Choice frontman Pat Dubar and inexplicably enough, Celtic Frost drummer Reed St. Mark and what do you got? A mess. While the follow-up to Mind Funk's self-titled debut (their name beng marketing-friendly shorthand for the real nom-de-plum: Mind 'Fuck'), fittingly entitled Dropped, (in reference to the band's status with Epic Records) was an OK set of post-grunge tuneage, Mind Funk was initially too contrived in the alterna-metal stakes to live up to the hype. 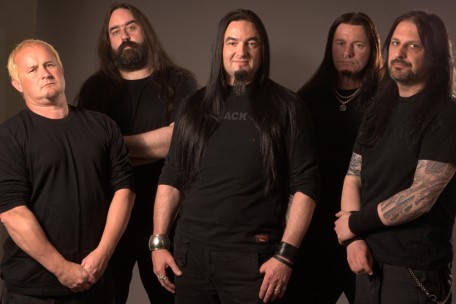 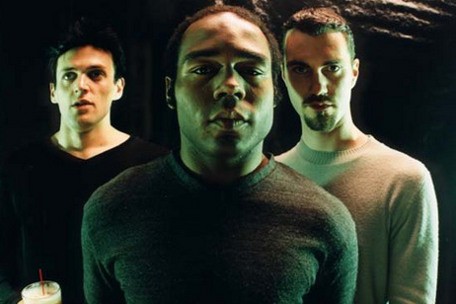 Orange 9MMtook hold of Rage Against the Machine's quasi-rapallistic ballistics merged 'em with NYC noise-rock and branded it with Revelation Records post-hardcore verve. The mid-'90s outfit, including ex-Burn frontman Chaka Mallik and future Bush [also of Fountainhead, ed.] guitarist Chris Traynor made one of the most "in-your-face" debuts with Driver Not Included, this side of Big Apple compadres Helmet. While tours with Deftones and Korn cemented Orange 9MM's status in the alternative metal arena, they fell victim to repeated line-up changes and constant musical gear-shifting. 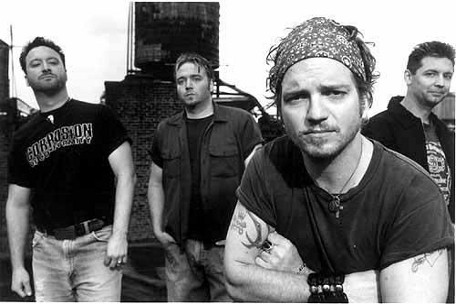 Kansas City's Paw rivaled Pearl Jam for taking grunge down a heartfelt, countrified road where storming guitars embraced a backwoods soul that made their 1993 debut Dragline one of the most overlooked discs of the early '90s. A "Next Nirvana" bidding war band, Paw had a tender side that bellied its fondness for storming guitars. Songs like "Jessie" lamented the loss of a young boy's dog: rasp-throated vocalist Mark Hennessy mustering a Vedder-like tenderness, sorrow and loss. Sadly, Paw eventually fell victim to record company indifference after sales of their second album failed to take root. Do yourself a favor and scour used CD shops for either Paw album. Few bands make music this menacing sound so honest and tender. 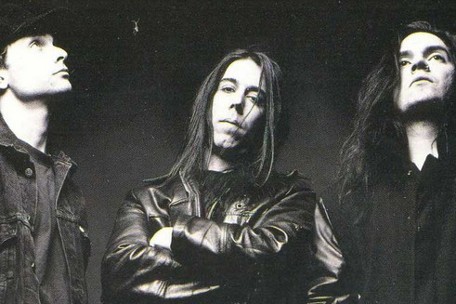 Prong mainman Tommy Victor may be one of heavy music's most innovative and iconoclastic guitarists and personas. Blending the gutter-spawned dissonance of NYC's early '90s noise-metal scene, Killing Joke-esque postpunk and metallic grooves that would later be copped by Pantera and White Zombie, Victor balanced dissonance with a vicious, serrated edge that set Prong apart from and ahead of the pack. Whilst they flirted with the mainstream acceptance on songs like the still-fresh-sounding "Snap Your Fingers, Snap Your Neck," Prong's industrial-leaning weltschermz of sound may have been too cerebral for the average bonehead. 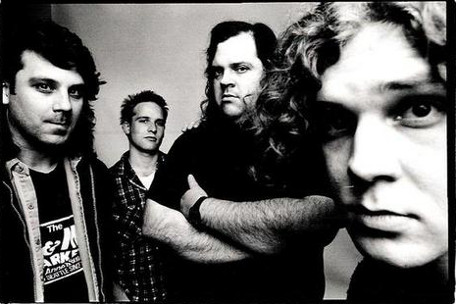 OK, it was a bit much to assume that the masses were gonna gravitate toward TAD's namesake Tad Doyle, a 300 lb sad sack ex-butcher rather than the washboard-abbed Chris Cornell or the tuneful angst of Kurt Cobain. It don't much matter: TAD's '89 debut God's Balls, much like Mudhoney's "Touch Me I'm Sick", is the sound of the Sub-Pop Records scene before the world found gold in the grunge. Sad to say, no matter how many journalists called these musical miscreants the "Sound of Seattle," the Alternative Nation still wanted something safer. 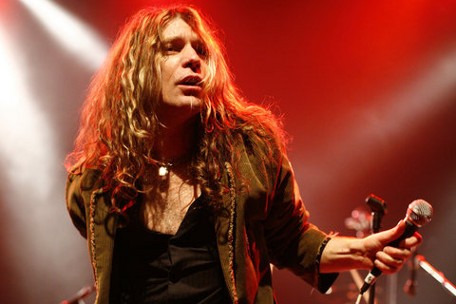 Before striking out with the socially charged and hotly hyped rock Warrior Soul, main man Kory Clarke's claim to fame was a name-check by Detroit punk scatalogists The Meatmen on the fag-baiting classic "Tooling for Anus." Positing himself years later in the Big Apple to form Warrior Soul, Clarke made himself the anti-Axl on 1990's Last Decade Dead Century. Despite a massive marketing push, Warrior Soul eluded an audience still gobbling up pop-metal's glittery excess. Let's put it this way, Clarke quoting the avant garde sci-fi softcore flick Café Flesh in between tracks didn't exactly register with anyone except a couple rock writers – y'know, people who get their records for free. 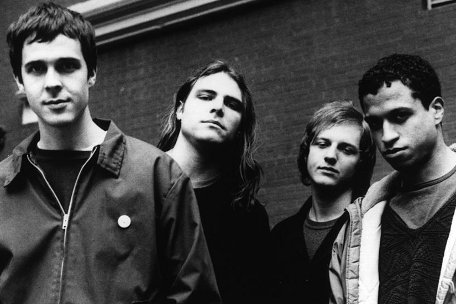 The emergence of Quicksand not only signaled a paradigm shift for hardcore but also became a humungous influence on the burgeoning alt and nu metal scenes. With a gritty Revelation EP and alt-metal classic: Slip (1991) Quicksand were eyed as the proverbial "Next Nirvana". What happened? A lesser but not entirely naff follow-up, 1995's`Manic Compression failed to expand the six figure demographic they had snared. Add to that, massive internal tensions split the band in 1998 after a U.S. tour opening for Deftones (who have since recruited bassist Sergio Vega). However, the past year has seen Quicksand reform to tour and reaffirm how great they were to begin with. With faint murmurs about new material surfacing, these one-time Youth Crew types may emerge as more than just an influence. Let's face it: Post-hardcore has never sounded so good.

Categories: Lists, News
Comments
Leave A Comment
Back To Top